The two latest CD’s I have picked up are Anthrax’s “We’re Coming for You All”, and Queensryche’s “Tribe”. I’ve been a big fan of both of these bands for some time. Queensryche is a band I’ve liked longer – as I’ve been listening to them since the mid 80’s. Anthrax not as long, and I don’t have as many of their albums, but I dig them, too. Here’s my comments on these two CDs…

Queensryche’s Tribe:
Queensryche’s first new studio album in four years finds the band partially reuniting with former guitarist Chris DeGarmo. He’s not fully back in the band, but did write for the album. And, it seems like the last few studio Queensryche albums. A few good hard tracks early on, and the rest seems like ballady stuff. I have only had this album for about 5 days when I wrote this, and have listened to it only a few times. I do like a lot of tracks on it (Open, Losing Myself come to mind), but I don’t think I’ve given this disc enough of a listen to have a formal opinion on it yet.

Anthrax’s We’ve Come for You All:
Anthrax returns with their first new album in quite some time. After the last several disappointing Anthrax albums, I didn’t hold out a lot of hope for this one. I got this one for free from a record label, but after listening to it for some time now I have to say that I would have bought it just the same. It’s the best thing since Sound of White Noise by far, and while not as good as White Noise, there’s plenty of good tracks here. What Doesn’t Die, Superhero (my favorite), Safe Home, Taking the Music Back… This is a good one, and I’m glad to see they have some good stuff in them. However, Scott Ian really needs to shave that goofy beard of his. 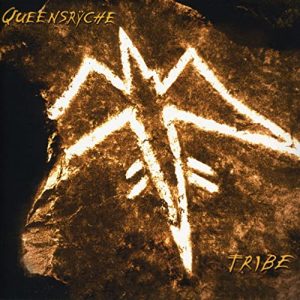 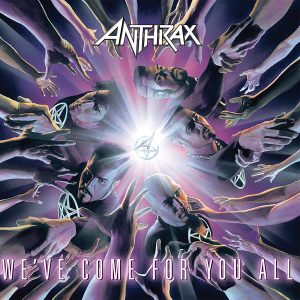