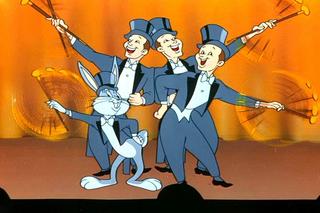 This past week, Warner Bros finally started releasing Looney Tunes cartoons on DVD. That’s something I know has been a popular request for many years now. The collection that is out now has something like 48 toons on it. The 4 DVD set is broken up into four categories. “Bugs Bunny”, “The Best of Daffy & Porky”, with 3 & 4 being called “Looney Tunes All Stars”. There’s something like 1200 Looney Tunes cartoons, and about 250 of them have Bugs Bunny in them. At about 50 a set, it’ll take awhile to release everything, but I read somewhere that releasing all of them is the plan. Yikes!
Anyway, the set was better than I was expecting. I was figuring it would be a bunch of cartoons and not much else. Turns out there’s a gob of behind the scenes things. They even put commentaries on a bunch of cartoons. As the bulk of the people who worked on these things are dead now, they have other folks doing commentaries, usually introducing some old audio clip from one of the original directors of the particular cartoon. There’s features on various characters, and a bunch of other items.
Again, I was very pleasantly surprised that the disc was as good as it was quality wise. I grew up on Looney Tunes cartoons on Saturday morning. If you’re interested in quality well made cartoons, you cannot go wrong with this set. I also would hope that those of us (I’m 38) who are older and have kids expose their own children to this, and let them see some good stuff for a change. The bulk of the Bugs Bunny cartoons (like 97% of them) were made before I was born, so Saturday morning cartoons were defined by Looney Tunes to me – which is why I think most of the stuff that has come since (Smurfs, Pokemon, Powerpuff Girls, etc)) are total crap. Seeing these cartoons again is a real great trip down memory lane – I really enjoyed them before, and I really enjoy them now. Very VERY strongly recommended.
There is also a 2 DVD set which has about half of what this has on it, but who wants that? Get this one – it’s great!
Also, here’s a few links of other reviews (generally more detailed than mine) of this collection: 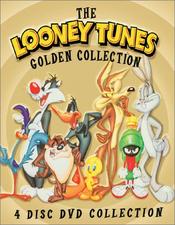 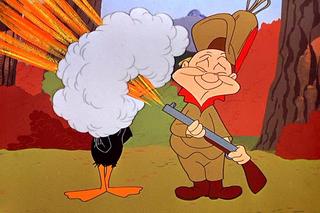