I love British TV. I know a lot of folks who like British TV are zealots about it, watching every single show that’s produced. I’m not quite like that, but the ones I do like I like a lot, so I tend to know a ton about them. Over the past weekend, two of the ones I like the most had some big development updates. They’re “Chef!” and “Doctor Who”. Read on for details.

First up is Chef!. Chef! is a sitcom by Lenny Henry. In it he plays a rather manic, but great Chef in England. They only made three years of the show, the last being in early 1997. It was “done”, but then over the weekend I found out about the possibility that it might be returning after all this time. That’s great, as I always hoped there would be more. I have a fan site for Chef online here. It’s been running since before the third series aired, so I know the show very well. I have all the details about the show and the possible return (not many details yet) over there. 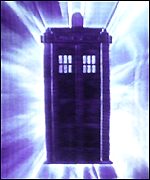 The other news is about Doctor Who. Doctor Who is probably my second all time favourite TV show behind Dallas. I’ve been watching this show since 1983 or so, and it’s been off the TV since 1989. There was a brief TV movie made in 1996, but it’s essentially been gone since 1989. It’s lived on during these years as a series of original novels and officially licensed audio dramas. As good as those were, it was never a substitute for the original TV production. Every year or so, we’d hear a rumour that it was coming back, the movie was finally being made, etc, etc, etc.. Never happened. Until this past September or so when it was announced that it was coming back in 2005 for real. But everyone wanted to know who the Doctor would be.

That was finally announced on Friday. The actor’s name is “Christopher Eccleston“. Now I’d never heard of him, although I’d heard of (but not seen) some of his “Hollywood movies”. Where I work we have two guys who were born and raised in England, and one of them was thrilled with this casting, as he liked Doctor Who, and he absolutely loved this actor. So it bodes well. What’s more important is that the show does well in England. Back in September it was stated that the show was given a 5 year comittment, which is nice, but obviously it has to do well to earn it’s keep.
I’m not going to bore you with all the details of the new production, but suffice it to say I’m glad it’s coming back. I also strongly urge you to go visit Outpost Gallifrey’s New Series News page. OG is by far the best Doctor Who site on the net, and it happens to be run by an old friend of mine. You absolutely cannot go wrong going there for Doctor Who information.

Below are some pictures I collected of Christopher Eccleston. The Official BBC Doctor Who site has some more pictures of him here as well.
I can’t wait – it is rumoured to be going on the air in January of 2005. I just hope it doesn’t take forever to get over here to the US. 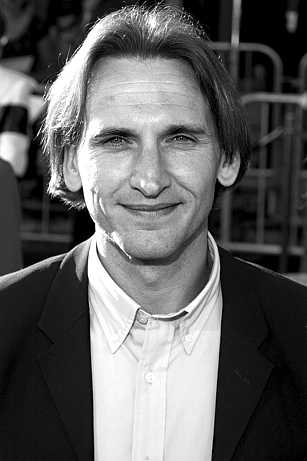 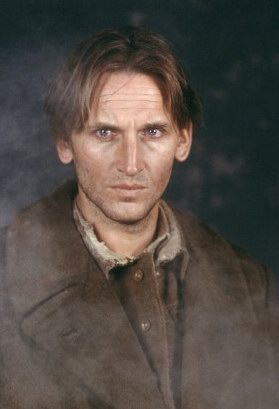