I Wanna Learn a Love Song 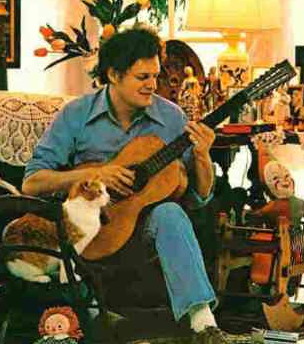 Since I’ve become a father, I’ve spent a lot of time lost in my own memories of my childhood. Most of it is good, and I attribute that to the care and guidance I received from my mother. What I remember that isn’t good is mostly attributable to the fact that I didn’t have a father. At the time I didn’t think much of it, as I was a kid, and I took things as they came. To an extent I still take most of life as it comes, but I’m old enough that I can reflect on the past and understand it better than I used to be able to.

Anyway, my dad left when I was 12, and while I don’t have a ton of positive memories from before that there’s a few that I do have. The one I wanted to talk about now is Harry Chapin. Harry Chapin is a folk music singer from the 70’s who was a pioneer in pushing the agenda of eliminating world hunger, which was in the media (for about two seconds, but that’s a rant for another time) recently with the Live 8 concerts. The Harry Chapin Foundation is still active in trying to stop world hunger, and I have to believe that if Chapin was still alive now he would have been involved with the Live Aid concert from 85, and probably Live 8 now as well.

Anyway, one of the few really good “All four of us” memories I have of my family from back then was listening to Harry Chapin music. In specific his “Greatest Stories Live” album. While I don’t have a visual memory of the four of us sitting down listening to it in the living room or something like that, I do recall that the four of us all liked the same thing. For Ed and myself, I believe most of that was based off of his “30,000 pounds of bananas” song which is a bit of a goof – it’s a silly song. It’s also the first time I can recall hearing the word “sucks” in a song, which of course to a 10 year old or so is highly amusing.

As time went on, I listened to more songs, and it was with great sadness in 1981 that Harry Chapin died of complications due to a car crash. I recall at the time my mother saying something about wanting to go see him in concert with me, or she had tickets or something like that – the exact coversation is lost over time. I remember being depressed about that, as he had died, and I liked his work, and that I wouldn’t get to see him live. It would have been my first ever concert had it happened. Now as anyone who knows me will know I tend to be forgetful about a few things. However, these thigns are lifelong memories that have stuck with me over the years. A special message to my brother and mom – if I’m flat out wrong about either of these things, don’t tell me – let me live in my happy land with these memories. :)

Anyway, now that I’m much older, I still break out the old songs from time to time and give ’em a spin. Yesterday I did that, I was listening to my own favorites of Harry’s songs, and every time I listen to them it almost brings me to tears. Partially because of the emotion in his songs, but mostly because of the draw to my childhood, and the lack of a father in my life. I can also grasp the complexities of the relationships and emotions he talks about in his songs, and couple them with the feelings I had from my youth, and his music is EXTREMELY powerfully emotional for me. Several of them bring me to tears for no particular reason that I can discern when listening. As I’m writing all this, I’ve got my usual playlist of my favorites of his going. The songs are:

I’m not going to go over all of them, but “I Wanna Learn..” is a very powerful song to me. If I remember my childhood memories correctly, it was a vision I had as a kid of what it would have been like to have a woman love them. There’s a very big message in there about “making him a man”, and while sex is a small part of the end of the song’s lyrics, that’s not what I’m referring to – there’s a very tender message in there about a woman who just wanted to have the kid (Harry in the song) around to show her some tender affection. Something I latched onto a lot when I was younger.

And then there’s Cats in the Cradle. This is by far his most well known song. It’s also the one that I’ve had the most problem with over the years emotionally. As anyone who knows the song can attest, it’s an intensely powerful “daddy” song. Even if you’ve had a dad in your life all the time, I’m sure you can appreciate the lyrics there. While my father and I aren’t exactly as the lyrics appear in the song, it is about a Father who is not involved with his son’s life. For years and years I couldn’t even listen to the song, it was just too painful. I never played it intentionally (except in moments of real bad sadness), and if it came on the radio, it was a quick switch elsewhere, but just the couple of opening notes was usually enough to set me off, as I’d think about it. It got worse when the band Ugly Kid Joe covered it in the 90’s and it was played a lot more again. Now in 2005 as I’m a father I have a completely different outlook on this song. It’s no longer completely a depressing song to me. I now view the song as an inspiration to me to NOT be the same thing to Samantha that my dad was to me. I’m very determined to be there for my daughter when she needs me.

Do I have “daddy issues”? Probably – although I’ve gotten better in dealing with it as I’ve gotten older, and thanks to my psychatrist, “Mr. Blog”, I can get these things out there.

But to sum it all up, despite listening to an awful lot of heavy metal, I can appreciate the emotion and power in Harry Chapin’s music. Chapin was one of the first artists I believe I ever really listened to as a kid (Billy Joel was the other). His music stays with me today and is a lot more powerful on more levels to me than almost any other kind of music I listen to.