My Kindle and the library

This week I noticed that Amazon is finally adding a much needed, and puzzlingly absent feature from their Kindles. That’s the ability to borrow a book from the public library. Long available in the Barnes & Noble Nook reader, this feature will come to Amazon’s Kindle sometime later in 2001.

This has long been the Achilles heel of the Kindle. That, and ePub support. ePub is a public format. And is how other eReaders get other formats onto their readers. Sony and BN have touted this as a advantage over Kindle for some time. As a Kindle owner since the first model, I don’t personally see the ePub restriction as a big deal. Hover, the inability to get a book from the library WAS. I always wished I could do that.

At some date later in this year, I’ll be able to do that. One cool thing about this feature, I read where the feature will work on all the Kindle models, going back to the original. That’s a surprise, as new features usually ardent added retroactively like that. I upgraded to a Kindle 3 last year, but this will be big for Kindle 1 owners. It will also work over the Kindle apps (iPhone, blackberry, etc.). You’ll be allowed to leave notes and whatnot like with any other Kindle book. They’ll not go to the next borrower from the library, and if you buy the book, or borrow it again, your notes will come back.

This is all quite cool, indeed. I’m glad this is finally happening, as Kindles are starting to get into school libraries, and I think is an important thing to be there to help expand Kindle’s reach into schools. There’s a cool story about schools and Kindles here. 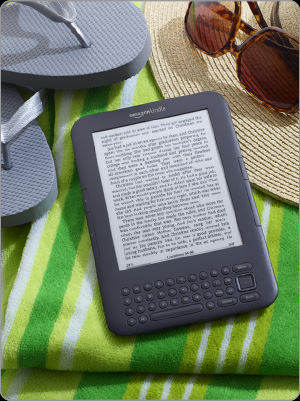 The ironic thing about this post talking about a feature a Kindle needs is that I wrote it on my iPad.  ;)