I had to cut cable TV earlier this year due to money issues, and from about May till September I was operating with good old rabbit ears in the house. When they worked, it worked great. But I was getting fed up of the constant moving of the rabbit ears, or the twiddling of the dial to get this channel or the other. There was some sort of interference inside my house preventing them from working well enough. Once in a blue moon, I’d get lucky, find a sweet spot and get everything, but it didn’t last long. I was unwilling to go on the roof for an antenna, so I was thinking about the attic. 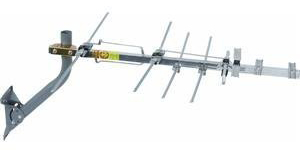 I’ve been around TV for a long time, and my “head” tells me that to get better reception, you need to get a bigger antenna. I figured with a large tree in my neighbor’s house, as well as it being an attic, I was looking at something large up there. Specifically this (Antennas Direct DB8 Multidirectional HDTV Antenna). I was looking at getting the DB8, when a friend of mine who was going to help me by mounting it in the attic suggested I might get by with something smaller. He recommended the antenna I’m writing about now. I was initially skeptical (again, the bigger is better) attitude. But I read through a ton of reviews, and there were a lot of happy people. At the time I bought it, there were 220 reviews on Amazon with an average star rating of 4.5 out of 5. That’s actually a higher review than the DB8 I was looking at. So I started reading, and was thinking perhaps I’d go with this.

Then while we were thinking about how to run cable, I remembered when my wife and I got the house 9.5 years ago (as of Sep 2011, when I’m writing) it was wired for Cable TV. I dropped the Cable TV, but the wires were all still there. Which meant that there was a cable run there already. So I decided to run a test. I took the same stupid $6 rabbit ears I was at the time using (RCA ANT111R Basic Indoor Antenna), and took ’em into the attic. I found the cable that went to the jack by my TV, and plugged the rabbit ears into it. Rescanned, and wow. Not only was my interference gone, it was picking up a lot more channels than I knew about. The most I got with the rabbit ears inside the house was about 35-40. It was more here. So I figured with the rabbit ears doing that much better, perhaps I didn’t need the overkill DB8, and opted for this antenna, the RCA ANT751R.

Did my research beforehand. Hit up antennaweb as well as tvfool for compass directions. Personally I think tvfool has way better antenna resources than antennaweb, but that’s a side story (look at this report from tvfool showing the location and range of everything from my area). I got it installed in the attic (you can see a picture of my installation at the bottom of this article). The mounting was fairly painless, although I will say what others have said. It’s quite a value that the antenna comes with the mounting brackets and the pole in the box. Not all antennas do. The one thing that was missing was the wood screws needed to actually bolt the bracket to whatever you’re attaching it to. The instruction manual even says to use a couple of wood screws (not included). Given they gave you the more expensive pole in the box gratis, you’d think they’d throw in a few wood screws, but that’s a minor quibble.

Once I got it up there and hooked up, I reran a scan on the TiVo. I was bloody well amazed at what it found! The total number of channels it found was 79. Granted, several of those are inactive, or are otherwise things I don’t care about. There were also a couple of channels it found which were on neither antennaweb’s or tvfool’s reports. Since I live right outside of Dallas, the majority of these kinds of channels are spanish speaking something or other. Given that’s not my language, they’re of little interest to me. What WAS of interest to me are the major networks (PBS, ABC, NBC, CBS, FOX, & one local “old UHF” channel that broadcasts Texas Rangers games).

All of these channels are quite strong. Even with the large tree outside and being in an attic, the average signal strength of these channels (according to the signal strength meter on the TiVo) is around 80-85 or so. PBS is a bit low (mid 60’s), but the same friend who lives about 3 miles away from me says that PBS is his weakest signal too, but it’s not an issue unless there’s some epic storms out, but we’re probably not watching much TV at that time anyway. At least one or two of the channels that are of lesser concern to me are quite strong – I had a couple of them as high as 98 on the meter :) Oh, before I forget, in the Dallas area, the majority of the antennas (especially the major networks) are in the same general area, as it’s the highest point in the general D/FW metroplex. According to tvfool, I’m anywhere from 28.2 to 30.7 miles from the transmitters (except for a few rogue close ones that are about 8 or 14 miles), and they all are 80-85 or so in an attic mounted, non powered antenna.

There is no signal booster on here. It’s just the antenna that was in the box hooked up through a cable run that used to be used for Cable TV into my TiVo box, and then on into my HDTV, which is this, BTW. The quality is astounding. The signals are rock solid, and I have to say, I’m quite happy with my purchase of this antenna.

While the old rabbit ears worked “OK” enough (especially for $6), it wasn’t quite a universal solution. I’d have to fiddle with the antenna depending on what I wanted to record. Given I TiVo everything, having to worry about where the antenna was pointed meant I was back to the pre-TiVo days of caring what the broadcaster’s schedules were. Didn’t like that, so I looked into what became this choice of antenna. I’m quite happy with it. I suppose the only negative I could say is that the antenna is sold as an outdoor antenna. When I was putting it together, I felt like it wouldn’t hold up to extreme winds, and things of that nature outside. It works great, but if left outside to the elements, I’m not sure how well it would hold up. But as an attic antenna, it won’t have to deal with any of that, so it should last a good long time up there.

I was initially concerned that this being a “cheaper” antenna wouldn’t function well enough as one that was into the $100 range or so. I was wrong. This works really quite well for me. 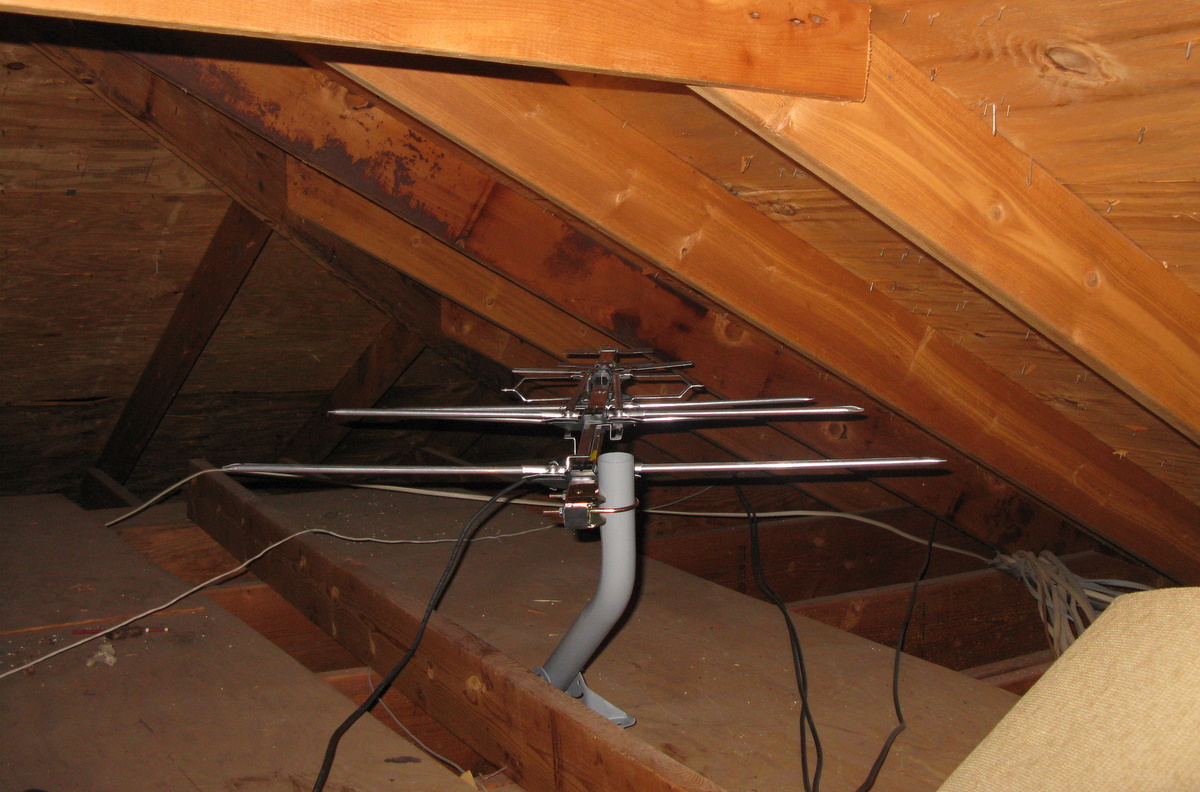