The Edge of Destruction Review

NOTE: This review originally appeared on Kasterborous here on May 27, 2010.

A Doctor Who adventure that takes place in the TARDIS? The travellers unsure what is going on? No, it’s not Amy’s Choice – it’s The Edge of Destruction, from 1964…

When I was a little kid, I loved the original Star Trek (I was 1 when it started). My favorite stories were ones that showed other parts of the ship, and particularly ones treat took place completely inside the ship. Modern TV calls something like that a “bottle show”; a story that saves money. But for me as a kid, I just wanted to see other bits of the Enterprise. I loved shows like that. So when I got into Doctor Who, I scanned the back catalogue of episodes, and found a distinct lack of that kind of story. One episode in Tom Baker’s era was like this (Episode 6 of Invasion of Time), and just one full story, an old William Hartnell story. That was it. So that was a bit disappointing. But when Hartnell’s stories started airing in the US around 1986 or so, I looked forward to The Edge of Destruction for this reason – it was an “all on the ship” show, which lends to one of this story’s names, Inside the Spaceship (although I prefer the more common The Edge of Destruction). 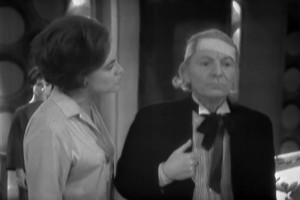 This story was the third story overall, following directly from the wildly successful original Dalek story. It was designed to explore the characters interactions with each other. The Doctor at this point was a rather cantankerous fellow, even for the First Doctor. It starts off innocently enough with the travelers around the TARDIS console, and for some reason unknown, at the time, they’re knocked unconscious and lay on the floor of the TARDIS, which was kind of an odd start to the episode. As they start to come around, they obviously wonder what happened to them to be knocked unconscious. On top of that, they don’t seem to recognize their current situation, or all of each other. The Doctor is the worst off, with his head being cut in the fall and spending a decent percentage of time of the episode unconscious. Something that seems to happen a lot to Hartnell as his time in the role went on.

The early part of this episode seems to feature Barbara a lot in a mothering role to the other characters. I point this out, as it seemed well, I don’t know. I start to say weird, and then it isn’t, and I start to say “in character”, and it isn’t either. Not entirely sure how I feel about that. 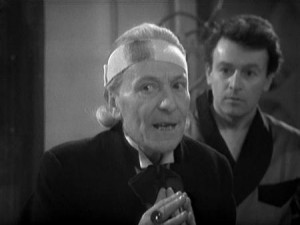 As they come around, strange things start to happen. Susan goes to get a glass of water from some sort of food/drink machine, and is told the machine is empty when it was not. The doors of the TARDIS open and close on their own when people walk towards them. Another was the fault locator saying every single thing was wrong with the TARDIS simultaneously. All of these things are later on shown to be clues towards the final resolution of the story. One of the more notorious bits was Susan trying to attack Ian with a pair of scissors, which she freaks out over and stabs the bed a ton of times. If you watch the extras on the DVD for this story, Verity Lambert admits the scissor stab bits were something that were probably better left out. This goes on until the characters all suspect each other of sabotaging the ship, or being under alien control or just outright mutiny. Even up until the point where the Doctor threatens to put Ian & Barbara off the ship. At which point Barbara loses it, and yells at the Doctor, calling him a “stupid old man”. Other strangeness was Ian trying to strangle the Doctor. This all carries on for awhile – pretty much through most of Episode 2 as well. The crew mistrusts, threatens, and says a bunch of rude things to each other.

One of the better moments in this story is a dialogue by Hartnell towards the end of part two. Hartnell is known for his frequent muffing of his lines. Due to the production values of the time, a lot of these are left in. However, there’s a couple minute speech by the Doctor where he pulls it off well, and is one of the better moments of the Hartnell era in terms of his own acting. Shortly after said speech, the overall plot is resolved, and everything is made well again. I won’t divulge exactly what it was, but look out for some handwritten words on the TARDIS console, which were allegedly there to help Hartnell locate specific spots on the console during filming. 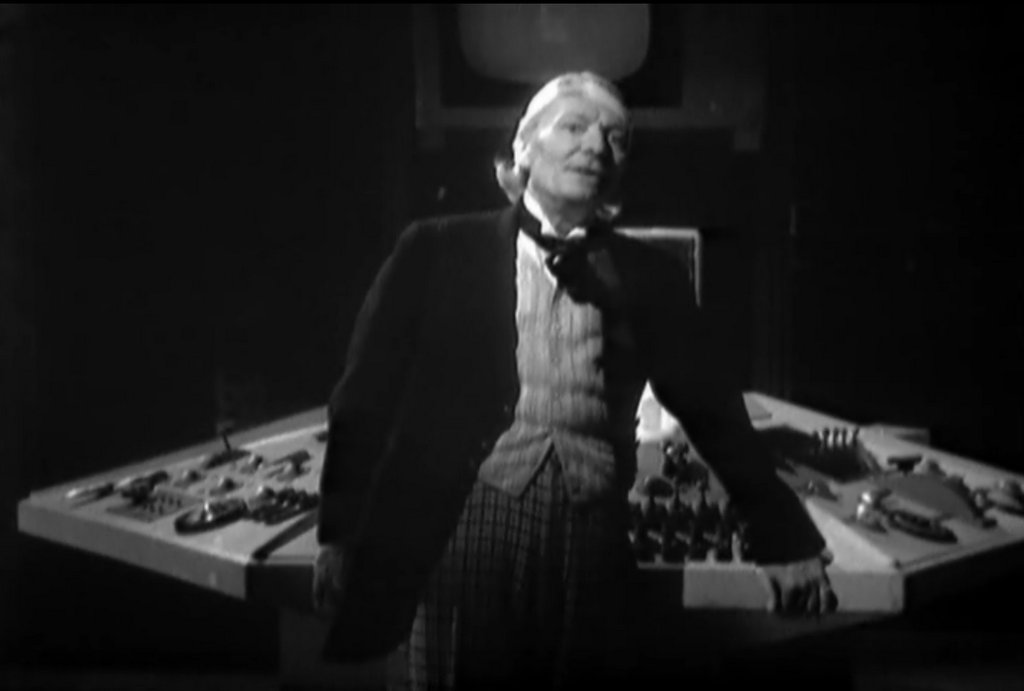 There’s also some strange contradictions to other established bits of Who lore in this story, however, since it’s just the third overall, and the 12th & 13th overall episodes, that can be forgiven, I suppose. Ian mentions “his heart”, implying that he has just one. I forget where exactly it was established for sure that the Doctor had two hearts – I think it was Pertwee’s first story. Susan also says “the ship can’t crash, it’s impossible”. This has been shown to be false, as it has crashed a few times over the years, most recently in Matt Smith’s debut The Eleventh Hour.

As I said earlier, this story served to galvanize the TARDIS crew as friends. They were more companions by situation up until this point. After the problems were resolved, there’s a rather nice scene or two at the end where the Doctor makes up with Barbara, and there’s some fun with throwing snowballs and whatnot, which is a direct lead-in to the next story, Marco Polo. 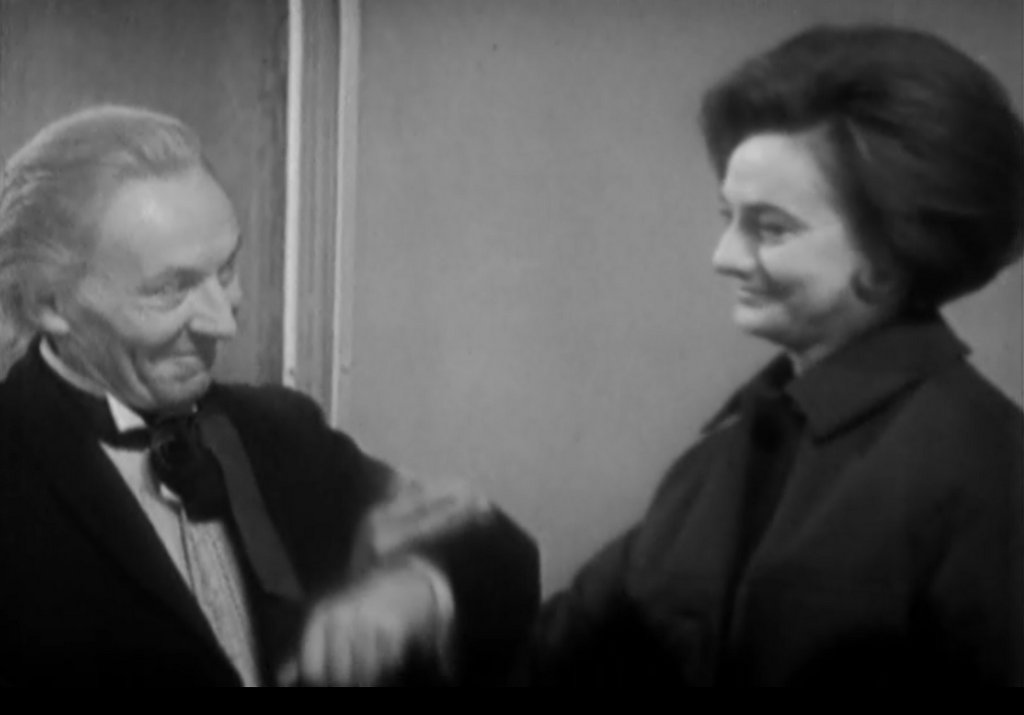 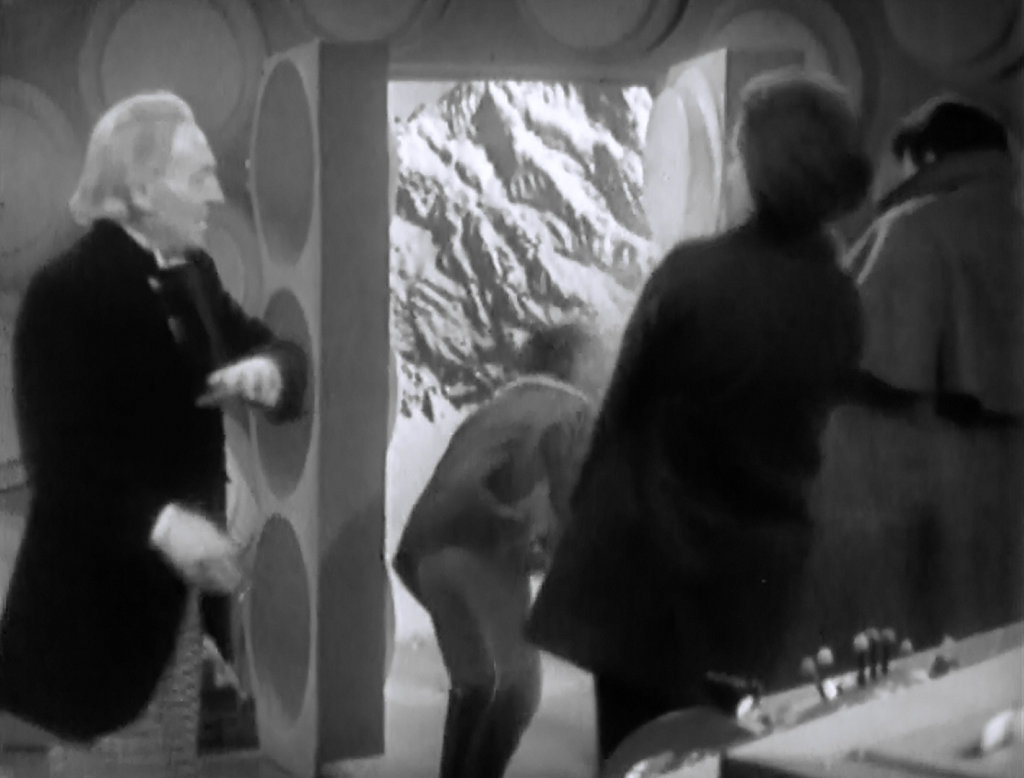 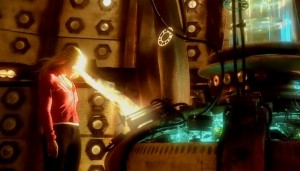 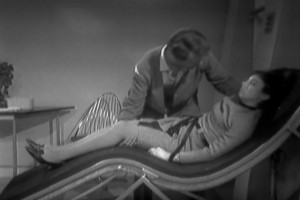 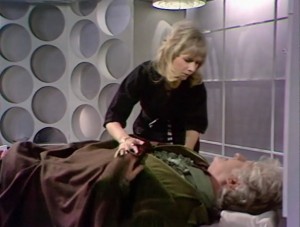 In all, this story is a somewhat overlooked story from what I can gather, but it was important in establishing character relationships, and somewhat unintentionally (I gather) responsible for putting forth a few show concepts that are still in use now in 2010. When I reach for an early series DVD or whatnot, this isn’t the first one chosen, but there are some great points here to see. Give The Edge of Destruction (or Inside the Spaceship, or whatever you want to call it) a shot. You might enjoy this long ago small scale bottle story as much as I did. 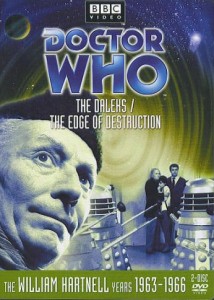 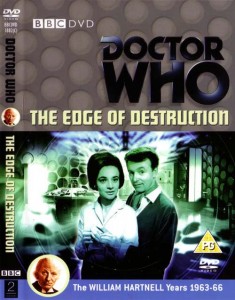