For Doctor Who story #4, we come to a story that both surprises me, and pisses me off. 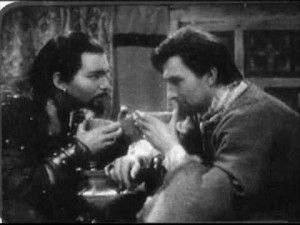 Marco Polo is the first of the “lost” stories of the 60’s era of Doctor Who. Lost as in the BBC erased the tapes of it in the early 70’s, due to their thought at the time that they’d never need it again.   Much has been made of the junking of Doctor Who episodes, so I won’t go into a ton of detail on it.  However, if you want an excellent read on that subject, look up the book “Wiped!” – it’s entire tome is dedicated to every angle you can think of regarding lost Doctor Who stories.  OK, perhaps it’s not long enough for the proper usage of tome, but it’s a great read.  Of all the stories that were lost, this one is particularly annoying, because records show it was sold overseas more than any other, and yet no episodes survive.  It’s also one of three stories where not a frame of episode footage exists.  For most of the other lost stories there’s small clips, and fragments of video you can see.  Not this one (also Mission to the Unknown & The Massacre) – nothing exists.   Still, I digress…

Marco Polo was a surprise to me, because for this series of reviews, I finally sat down and “watched” the whole story, all seven episodes.  I say “watched”, because this brings up another thing, “Doctor Who Reconstructions“.  When I say I have every Doctor Who episode, it’s subjective.  For the lost stories, what fans have done is taken the existing audio (which is retained for every episode), and married it with photos taken from the episode(s).  Watching those are only for the hardcore fans.  It’s OK, but definitely not for everyone.  Still, it is the only way to see lost stories like “Marco Polo”.  OK, I’m done digressing…

So I watched the reconstruction of Marco Polo, and I have to say, I was surprised at how well this story was.  I always knew of it’s legendary status, but to “watch it” (the best you can in 2012), brought a surprising amount of joy.  A lot of long stories from the 60’s suffered from pacing problems.  This one most certainly did not.   This story had proper pacing much in the way that “The Daleks” did not.  While this was seven episodes, it never felt stretched, padded, or sagged too much.  Every story sags somewhere, even the best of them, but you hardly noticed it with this one.   That brings me to the “pissed me off” part.  That the story was THAT good annoyed the heck out of me, because you can’t see it properly.   What makes this interesting to me as one of the Doctor Who historicals is that it doesn’t merge very much science fiction into the historical stuff.  It’s pretty much devoid of time travel, and the usual trappings of Sci-Fi.  For the most part, the Doctor Who historical stories never did much for me.  I’m not the only one, as they stopped for a very long time after Hartnell left.  They did I believe one in Troughton’s era, and then no more until one short one in Davison’s era.  But this one worked, despite the huge handicap of being missing, and having to watch basically seven episodes of still pictures as a replacement. 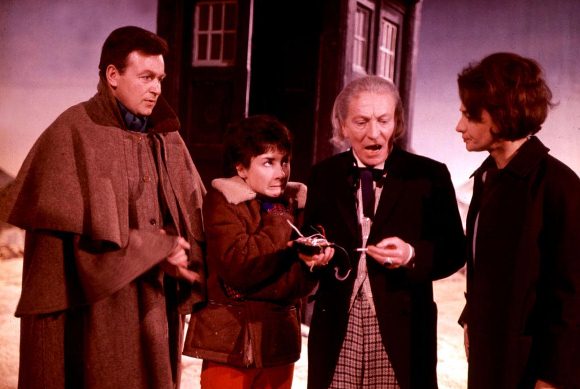 The story starts out with the Tardis crew landing near where Marco Polo is, and finding their caravan, which was going to see Kublai Khan across the Gobi desert.  Marco extends hospitality to the crew, and they even tag along the Tardis with them on the back of a wagon.  All seems well, until Polo decides to use the Doctor’s caravan (the Tardis) as a gift to Khan, and refuses to return it.  That pretty much sets up the rest of the story, where the Doctor and crew were trying to get back to the Tardis and leave.   Because of them being unable to, they’re trapped into the drama that is Marco Polo and his chief, Tegana (Jovanka? Har Har Har).   Their conflict lasts the entire story, and doesn’t seem paced.  Tegana hides his desires well, and isn’t suspected for quite some time.

About halfway through the story, the Tardis crew could have escaped, but Susan blew it, by wanting to say goodbye to her friend in the story, Ping-Cho.   The crew are caught, where if Susan had just went when she should have, they would have extricated themselves from the story.  But no, this being television drama, that wasn’t about to happen, and we got a few more episodes until they finally left in the end.   Actually, Susan had something to do in this story.  She had her own “Companion” (Ping-Cho), and she actually was fairly integral to parts of the story, and wasn’t just standing around or screaming, which was nice.

One of the more interesting bits I liked are the Doctor creating water from condensation inside the Tardis.  Real science in play there.   Not “The Doctor looking like a magician”, real science. 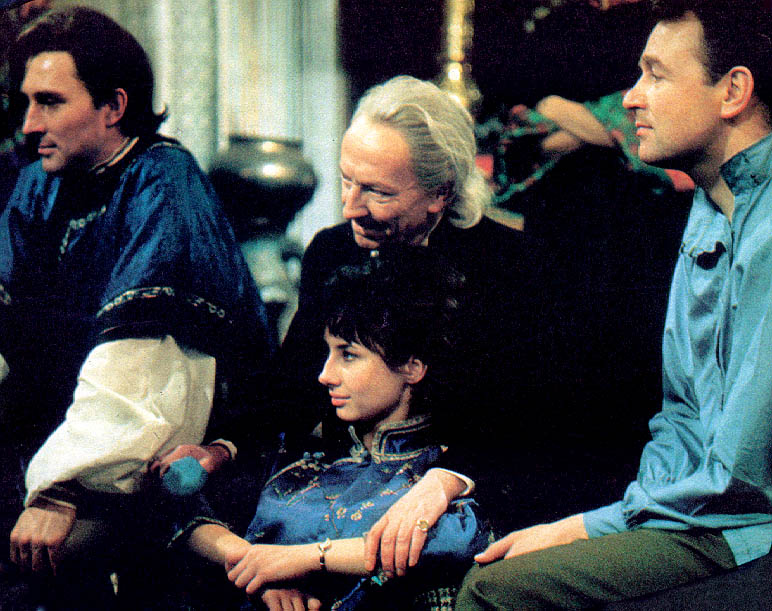 There’s plenty of characters in the couple of locations the story stops in, and they all look well dressed – I have to say, this was a very good looking story.   Again with the “Arrrgh” in not being able to see it.   That is pretty consistent, I really liked the look and feel of the story.  From the drama about water storage, to finding where Tegana’s accomplices are hiding out, to finding where Polo hid the Tardis keys, to the kidnapping of Barbara, meeting Khan, palace battles, there’s a ton of different subplots that all weave together quite nicely.

I know I’m not going into a ton of detail on the individual episodes here.  Part of that is because I’m writing this about 6 weeks after watching it, but even if I wrote it the next day, I’d kind of mesh it together, because this is one of those stories that works for me when I think about it as a whole piece, not individual parts as such.  I know that sounds weird, but I’m having a hard time relaying my thoughts about this concept from my head to the keyboard.  But I will say this.  It was very enjoyable, as the first time I had ever “watched” it all the way through was on reconstruction, I probably couldn’t fully appreciate it, but I definitely did not consider it an “Oh God, I have to force myself to watch this”.  I really enjoyed the story.   You might too, provided you can put up with watching a reconstruction. 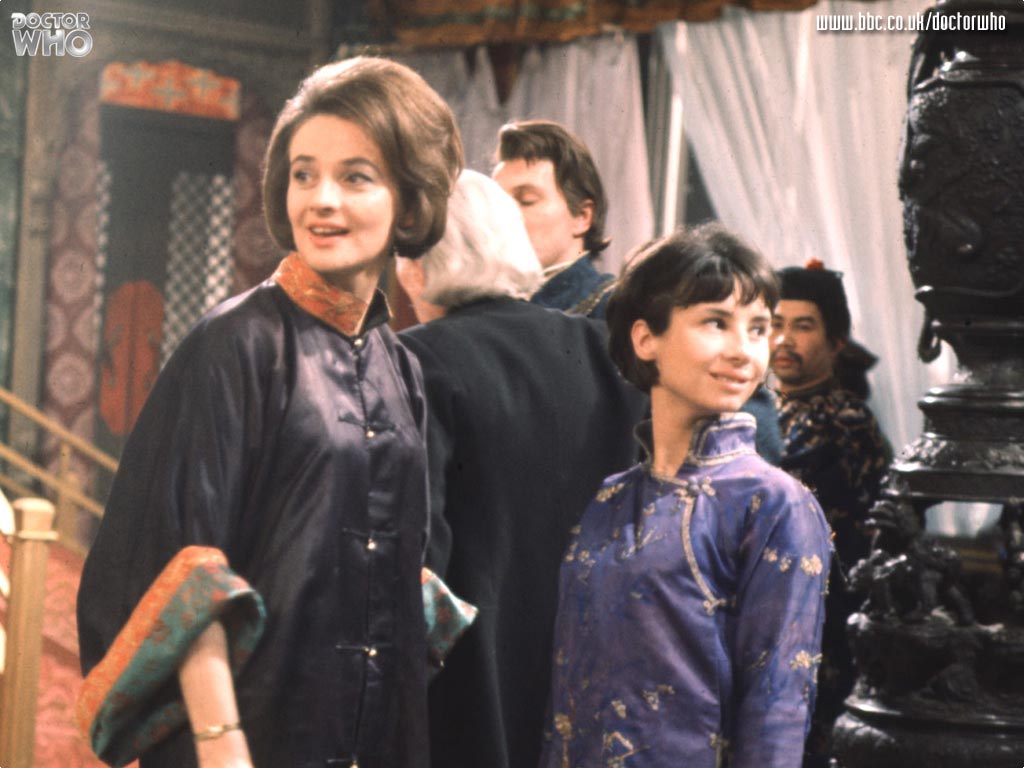 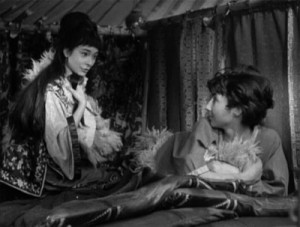 I very much enjoyed this one.  It’s a crime that it is missing, and if the modern show ever wants to go after it’s own past, I’d love to see them remake this with Matt Smith.  They won’t, I’m sure, but it’s a great story, and I’d love to see it updated.   It is hard to take somewhat because of it’s status as a reconstruction, but if you can bring yourself to get through it, I think you’ll find a lost gem from the earliest years of Doctor Who.

I give it an 8 out of 10.  I would have given it a higher grade, but the fact that you can only see it as a recon is a strike against it, and had it been six episodes, it probably would have been a perfect length.  I did enjoy it at 7, but what one less episode might have removed what little “story sag” there is, for perfection.

You can’t actually buy this one as such, because of it’s lost status.  You can, however, pick it up as an extra on the “Beginnings” Box set, of which you can get some links below.

It was also released on CD some years ago, both on it’s own, and then later on in a box set with several of these missing stories in it.

You can also get it as a reconstruction, see the Recons page in the links section above. 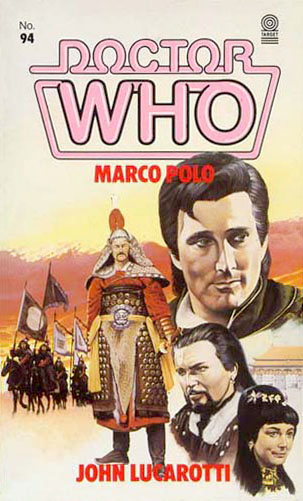 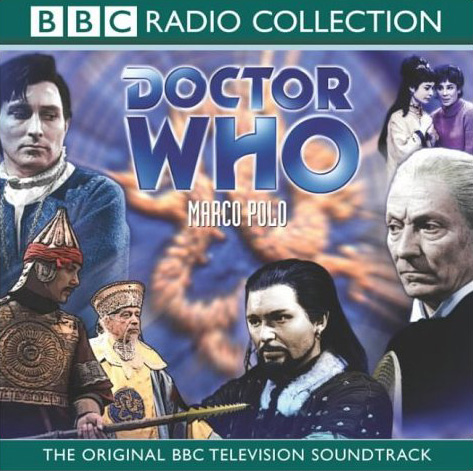 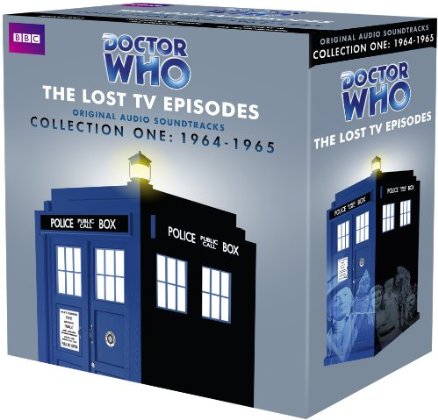 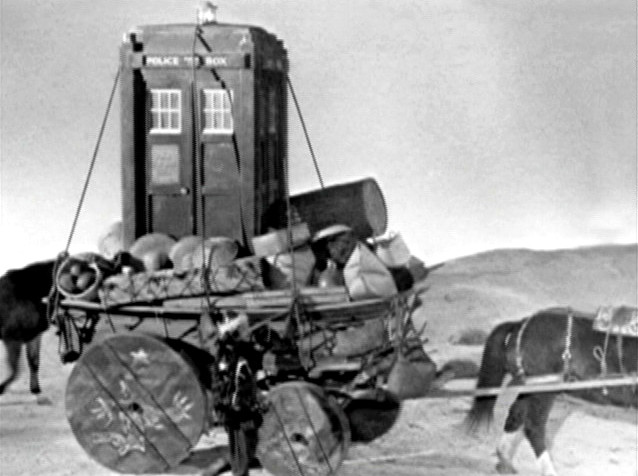