My favorite thing about the Force Awakens has NOTHING at all to do with the movie itself.  It’s to do with my daughter.  She was born about 3 weeks before “Revenge of the Sith” came out.  She was too young to go see it, and while technically alive for that movie, she couldn’t go.  So when they announced that this was coming out, I was super excited.  Because I could take my daughter to see it.  She loved the other Star Wars films, and I was more jazzed to take her than I was to see it myself.

So, they announced JJ Abrams as being the director of the film, and while I enjoyed what he did with Mission Impossible III & Star Trek 2009, my first thought here was “Oh God, lens flare!”  That turned out to be a non issue.  I wasn’t sure how he would transfer over to Star Wars, but it turned out I was concerned for nothing, I loved this movie.

Before I get too into this, there’s one thing I wanted to mention. When they first announced the cast for this movie, I was super excited.  Not because of Carrie Fisher, Harrison Ford, & Mark Hamill.  It was for Max Von Sydow.  He’s an actor I like from a lot of things. He was Blofeld in the 007 film “Never Say Never Again”, Director Burgess in “Minority Report”, the voice of “Vigo” in Ghostbusters II, the first two Excorcist movies, and of course, he was Ming the Merciless in the 1980 Flash Gordon movie. So I was very excited to see him in the cast.  Then he’s killed off immediately in the first scene of the movie.  That irritated me. I really wanted to see him, as it was implied by dialogue he knew Pricess Leia.  DAMN.

Anyway, a lot has been about it being too derivative of the original Star Wars movie, and to some extent, I can see that.  The overall tone and feel was very similar to that movie – several plot points too, but I din’t really care.  I was having fun with the movie, something a lot of folks who are of my age tend to forget.

This movie struck a good balance between new and old characters.   The old characters were primarily driven by Han Solo, Chewbacca, & Princess Leia.  Technically C3PO & R2D2 were here too, but they were minor characters, and R2′ screen time was taken mostly by BB8.  Luke Skywalker is in the film too, but only in the final scene.   I liked that.  It served both old and new fans at the same time.  I do wonder however, for folks having this movie as their first ever Star Wars movie what they made of the old characters.  Would this movie have meant as much if you didn’t have the previous movies (and especially the 1977 original) under your belt?  That’s impossible to know for me, but I did wonder about that.  One of the strengths of this movie is the nostalgia factor, and without that, I wonder how it would have played to a “new fan”.

Anyway, that leaves us with the new characters.  Finn, Rey, & Poe – and BB8 I suppose.   Rey of course was the biggest character, the new “Luke” of this trilogy if you will.  The one with the biggest journey, from nothing to what happens in the end of Episode IX (more on that in another review).  Once again, since I grew up with these, it’s hard to separate my feelings on new characters from the old ones.  But I enjoyed the new ones.  Poe was originally supposed to be a short lived character, and killed off early – that’s why he disappeared for a large part of the movie, but I liked him.  Finn and Poe worked well together.  Rey I liked.  I know this movie took a lot of shit from mental midgets complaining that the primary new character was female.  Sigh.  I liked Rey.  Worked well as a character for me.

However, I know the old characters better, and when they announced Harrison Ford was coming back, I wondered how that would play out.  I didn’t mind his take on an older Indiana Jones in Crystal Skull (that movie sucked, but he wasn’t bad), but Solo I felt a bit more queasy about.  But it worked.  I thought Ford recaptured his old Solo character – I totally bought into what they were doing with him.   I was surprised and not surprised at the same time they killed him.  I know for a long time he wasn’t eager to revisit that, so it wouldn’t surprise me if in his contract it said something like “Yeah, I’ll do it, but I have to be killed”.  Leia I thought was a different character.  Yeah, it was Carrie Fisher, but this Leia was nothing like the old Leia to me.  I can’t put my finger on that, but it worked the least for me of the old characters.  And of course Mark Hamill had no lines at all in the movie, and his screen time was about a minute – all in the end of the movie.  So you can’t have a take on him at all.

I loved BB-8 – was a fun new character.  It totally sidelined R2D2, however, who had not much more than a cameo and a MASSIVE “Deus ex machina” scene towards the end.  C3PO had not much more than a couple of lines, but a bit more than R2. It’s not just old characters that got a short stick – some new characters weren’t served well, either – like Phasma.  But overall, these are minor quibbles. What’s on the screen I liked.

Not that it’s part of my thoughts, but my wife has stated many times that it is her favorite overall Star Wars movie – even more than Empire.

Overall, I thought it was a great mix between old and new.  When I finish watching this movie, I realize it’s a fun one.  Not all Star Wars movies are fun.  Empire isn’t fun, but it’s excellent.  This is very fun and it too was excellent.  Not best all time, but I think this has aged well.  When it first came out, I was excited as it was the first Star Wars film in awhile.   Now I just enjoy it because it’s an enjoyable film to me.  Criticism be damned.  I had fun with it. 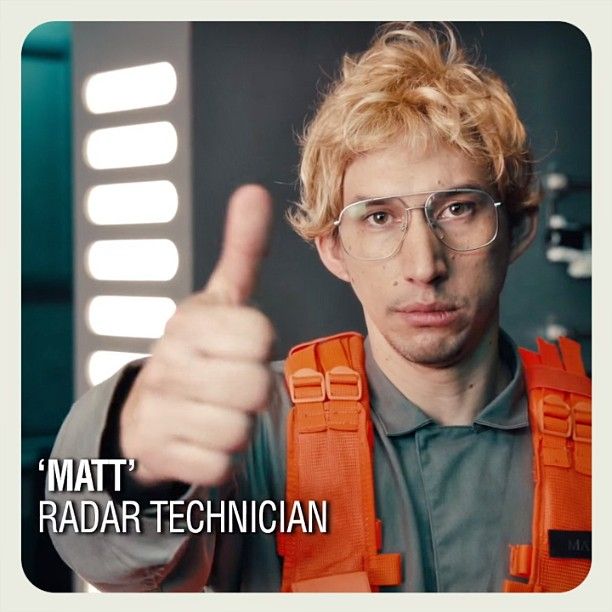