Those who know his music know it well, he wasn’t an artist you liked casually. If you liked him, you loved him. I’m 55 now, and mostly known for being a metal head (Black Sabbath, Deep Purple, etc), but I will always have a strong draw to Harry Chapin.

That’s because I was introduced to his music back around the age of 7 or 8 when he was hitting his prime. My parents split up not long after that, but one of the few memories I have of my entire family as a unit (basically both parents and my brother) was listening to Harry Chapin tunes at home. His 1976 album “Greatest Hits Live” is one I still enjoy to this day. It’s where I first found out about his song “30,000 pounds of Bananas” – and one of the first songs I ever heard something like “it sucks” in the lyrics. :) 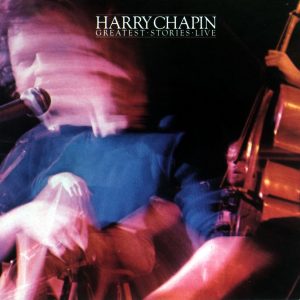 Some of my favorites of his are Taxi, and its sequel, “Sequel”, WOLD, I Wanna Learn a Love Song, Flowers are Red, and Circle. Thing is, there’s so many more, I could write forever about Chapin. His songs weren’t just “My girl took my truck” kind of stories, they were good life stories. For example, the song “I Wanna Learn a Love Song” is autobiographical. It’s how he met his wife. If you pay attention to the lyrics, it’s a great story, I think. But that’s not the only one – most of his songs are like that. It’s probably why I’ve seen him referred to as a great American storyteller.

But the ties to my full family unit are strong, and it’s for that reason which I had such a huge problem with his signature track – Cats in the Cradle. Everyone knows that. It’s his most well known track. The problem is as I said before, my parents split, and the song was a dagger in the heart. It took me well over 25 years, probably till I became a parent myself, before I could listen to it. I’d skip the song when I had control (record or CD or something), and it came on the radio, I’d hear the first note, and go NOPE! It’s a song about a father who does poorly by his child, and I’ve lived through that, so I didn’t want to be “entertained” by the tale. So I would skip it. Now that my kids are 16 & 12, I’m good with the song, but I wasn’t for a very long time.

Given he was one of my earliest artists I was exposed too, I attribute a lot of what I know about music to him.  For example, the song WOLD is about being a radio DJ.  One line of lyric is “I am the morning DJ on WOLD”.  When he played it live, the last verse of the song, he would change the WOLD lyric to the call letters for some station where he was playing.  I always wanted to see him live and hear him say “I am the morning DJ at WMMR”.  It never happened.

Thing is in 1981, my mom was going to take me to a Chapin concert, it was to be my first ever concert. Now the gig he was on the way to wasn’t mine, but obviously, mine was cancelled along with the rest of that tour. I know some of the rest of his band continue to play together. Once things are moving again concert wise, I should explore if they’re still touring. I wouldn’t mind seeing that and maybe hear them sing my station’s name. I’ll probably get emotional seeing that band live, as I was supposed to, but didn’t.

In the meantime, I’ll continue to hit 16 Parkside Lane…

The story above is unchanged, but on Sat 28 May 2022 I had an addendum to this that I thought was worth the update.  If you read above, then you understand why I like Harry Chapin’s “Greatest Stories Live“.  The family memories are strong with this one.  We were out as a family (my wife and kids) for our son’s birthday yesterday.  One of the things my son wanted to do was hit Half Price Books, so we did that.  Given I started collecting vinyl again in the spring of 2020, I always take a look at what offerings they have.  More often than not, there’s at best an album you remember from the past, but don’t want to spend the cash to reacquire.  But yesterday, I struck gold.

They had a vinyl copy of Chapin’s “Greatest Stories Live” on the shelf.  It was a 1976 print of the album (but I don’t believe first print).  I took a look inside, and it was in decent album.  I mean it’s 46 year old album, you expect some issues, but it was in great shape.  I snapped it up immediately.

It was dirt cheap, too – only $6.99 for a double vinyl.  I mentioned this to a friend of mine earlier in the morning, and he said “It was just waiting for you to find it, apparently”.  It did bring back a flood of memories from the 70’s.  This album came out in April 1976, and my parents separated the following year.  This album I picked up yesterday was a small window into my past, nearly 50 years on now (which itself seems scary, but never mind).

As I write this short update to my blog entry, I have the album on. AGAIN.  I listened to the full double vinyl, then immediately flipped back to “Side A” and started again with my favorites.  It’s brought up some emotions listening to the music, like I could almost see my parents together again after all this time (looking to the past, not in current time obviously).

Harry Chapin has been gone over 40 years now, and he’s one of the biggest concert regrets I have. 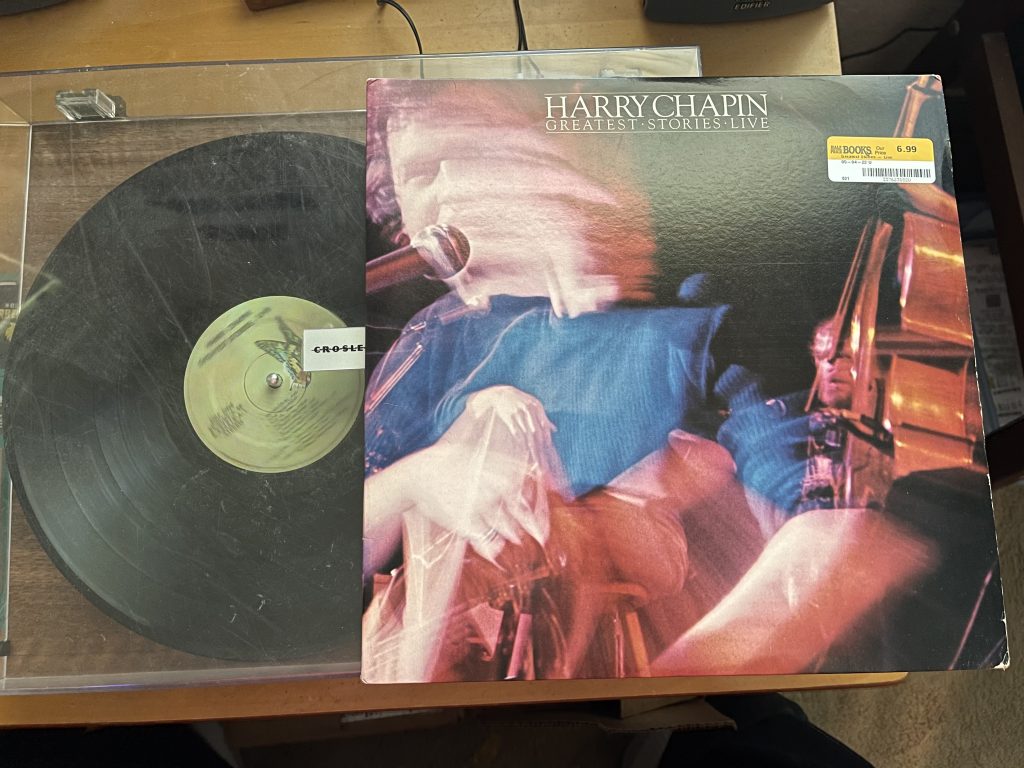