NOTE: This is the second longest serial of the classic era of Doctor Who, only bested by the 1986 serial, “The Trial of a Time-Lord”.  It has twelve episodes, spanning three months (Nov & Dec 1965 plus Jan 1966).  Only three of the episodes still exist (2, 5, & 10).  Number 7 aired on Christmas day, and of all the 97 lost episodes, it’s the one least likely to be recovered, as it was never sold to any foreign country.  As it was a Christmas special episode, it was left out of sales of the overall serial.

The twelve individual episode titles are:

The 1st of 12 eps of "The Daleks' Master Plan" - the second longest serial of classic #DoctorWho. If all of them existed, I'm sure this would be the best remembered Dalek serial. pic.twitter.com/wRQCaCXU38

The Doctor looks for help for an injured Steven. A Dalek kills one of the Security Force men, and the other (Bret Vyon) goes into the jungle, meeting the Doctor. pic.twitter.com/GMUtUjAgvn

Bret fails to commandeer the Tardis to get to Earth, but saves Steven with pills he had. Mavic Chen arrives as an ally of the Daleks who plan to conquer the galaxy. pic.twitter.com/BmxV1v2I83

Katarina/Steven leave the Tardis and find the Doctor. Along with Bret, they escape when the jungle burns. But not before the Doctor steals a vital element to the Daleks' Master Plan. pic.twitter.com/XRP0EBaTJh

The Daleks chase Bret & the Tardis crew once they escape Kembel. We hear the recording from Cory in Mission to the Unknown. They crash on a prison planet. They repair the ship and take off. pic.twitter.com/aO5QqG7uYZ

This ep contains a first - death of a companion. A convict from last ep got on the ship and was holding Katarina hostage. In order to save everyone, she spaces herself and the convict. pic.twitter.com/r9SISs1D74

Chen plots to recover the Taranium core the Doctor stole and conquer the Daleks. He sends Sara Kingdom to eliminate them. She arrives and kills Bret while the Doctor & Steven escape. pic.twitter.com/tRabpSUhEL

The Doctor, Steven, & Sara stumble into a scientist's lab, and they get transported to the planet Mira - whose inhabitants are invisible. Chen plots to make the transport seem intentional. pic.twitter.com/OWuRZyO0lH

The Daleks arrive and exterminate some mice.?We discover that Bret was Sara's brother. The Daleks end up trapping our crew. While DMP is long, it's fairly linear and simple in its plot. pic.twitter.com/GBPbdyg4gP

Our crew escape on the Dalek ship after being saved by the invisible natives. The Daleks bring the ship back to Kembel remotely, where the Doctor hands over a fake taranium core. pic.twitter.com/Z2G3nhkDLI

A rogue episode, specially created due to it airing on Christmas Day 1965. It is totally disconnected from the main plot, and involves them in a 60's era UK police station and... pic.twitter.com/pzRa2XWMbO

a silent movie set in the States. It is kind of odd to watch, and isn't the greatest indiv ep. It also features a 4th wall break by Hartnell wishing the audience "Happy Christmas". pic.twitter.com/zFz8vbgiSz

The Daleks test the time destructor, discover it has a fake core, and set off after the Doctor again with Mavic Chen. The Doctor lands on a planet where he runs into the Meddling Monk again. pic.twitter.com/dYqJjEqrAa

The Monk tries trapping the Doctor here by melting the lock on his Tardis. It doesn't really work, though and our crew escape, landing in London for New Years Day - to coincide with the airdate? pic.twitter.com/y13ILclRWR

The Tardis lands in ancient Egypt and the Doctor does more repair on his lock. Both the Monk's Tardis & the Daleks' ship arrive here too. Steven & Sara are captured by natives. pic.twitter.com/iukoQkiMuq

After exterminating natives, the Daleks strike a deal with the Monk to get the core from the Doctor. The Doctor sabotages the Monk's Tardis again while Steven & Sara escape. pic.twitter.com/oa7IeteNHy

The Monk escapes after being trapped by the Doctor in the last ep. Chen is getting more belligerent in his dislike of the Daleks. After the various groups look for each other pic.twitter.com/mmRk23dDxw

a swap is made with the Daleks for the real taranium core. The Egyptian natives attack the Daleks during the handover, during which everyone escapes. The Monk gets trapped ag pic.twitter.com/65MEuA9jcS

The Daleks put the real core in the Time Destructor, and test it. The Doctor plots to get to Kembel to stop the Daleks. The rest of the council votes to remove Chen. pic.twitter.com/onqhxDTUxH

The Daleks put the council members & Chen in prison. Steven/Sara look for the Doctor (who isn't in this ep at all). They release the delegates, & are captured by Chen. pic.twitter.com/4seAlqXLbK

Chen takes Sara/Steven to the Daleks. The Daleks toy with Chen before finally exterminating him. The Doctor reunites w/ Sara/Steven and orders them back to the Tardis. pic.twitter.com/cohGrZHb49

The Doctor escapes w/ the now active Time Destructor. On the way back to the Tardis, the destructor kills Sara and the Daleks. Steven saves the Doctor at last second. pic.twitter.com/AXrcgVxutS

Of all the lost episodes, I really would love to see Daleks' Master Plan Episode 12 recovered. The Time Destructor scene would have been something I would love to see. pic.twitter.com/qiZ4ygvWiz 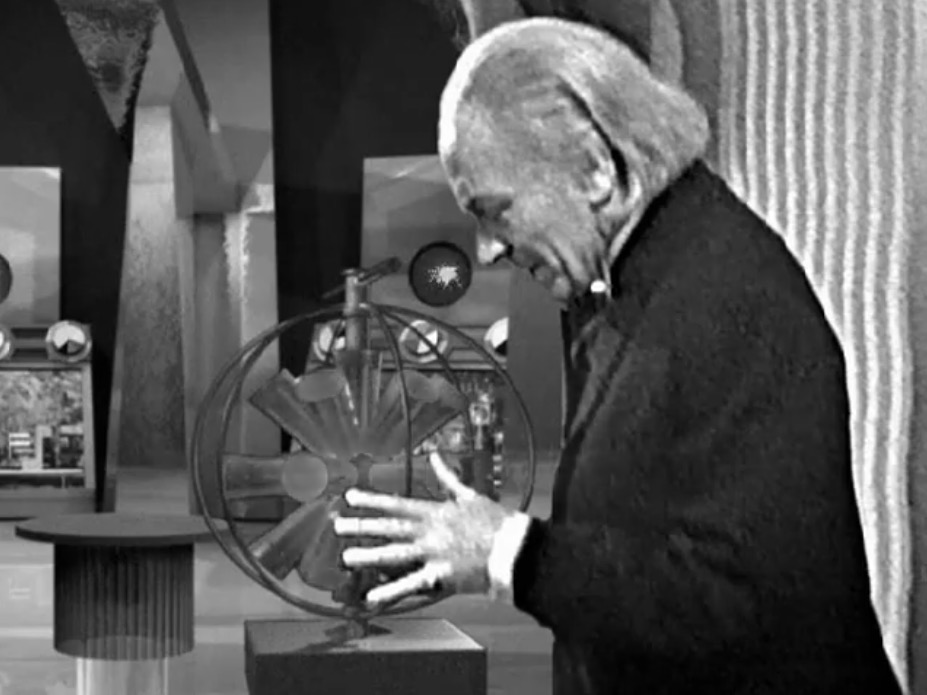 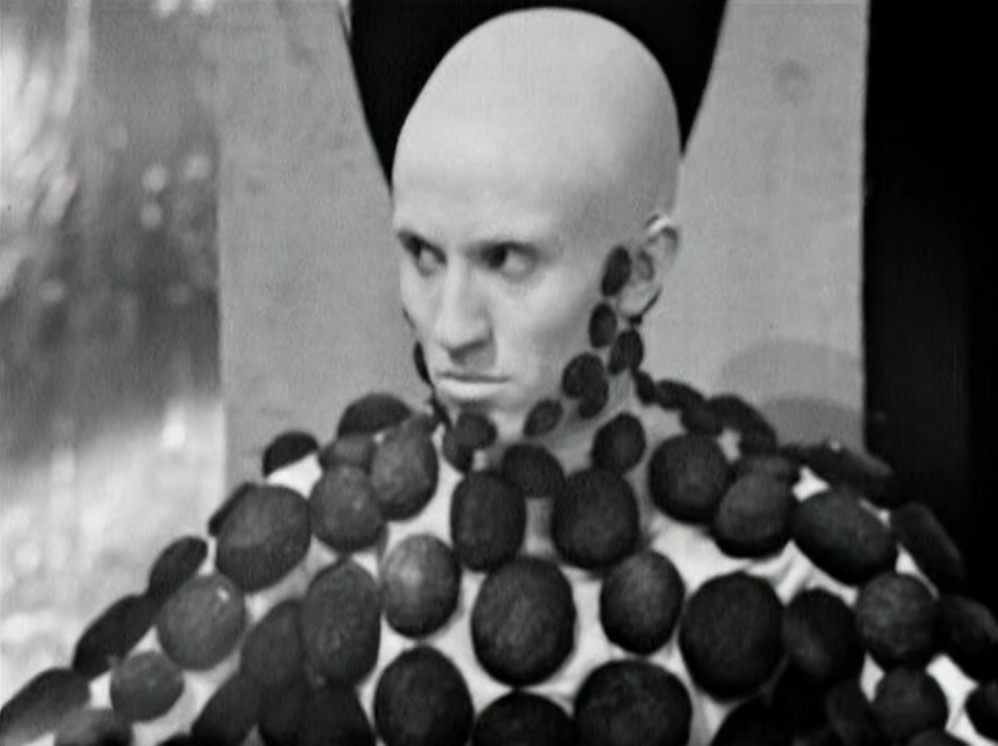 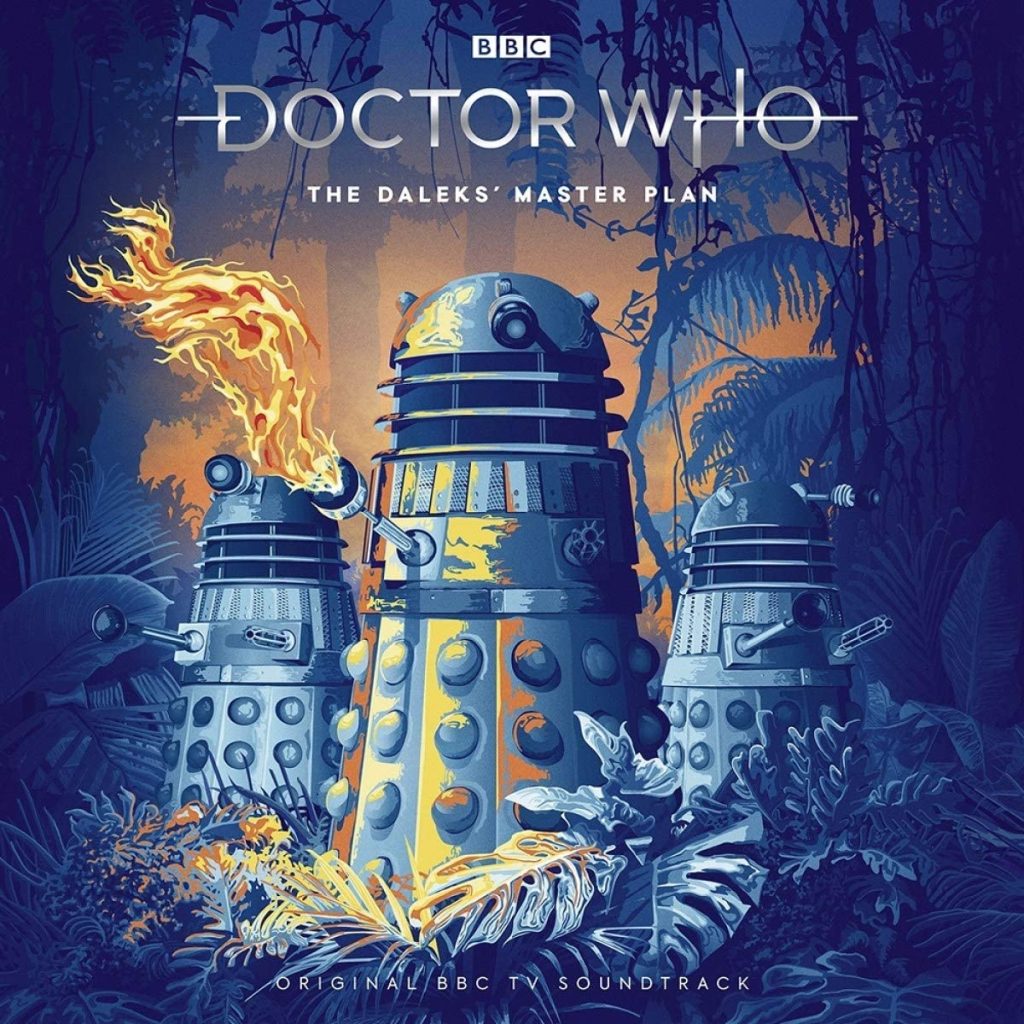