Well, today I reached a milestone in my Doctor Who Marathon.  I completed the First Doctor’s run.   That’s all of William Hartnell’s episodes completed.  Watched all of them.  Wanted to drop a few words here as a sort of a marker… 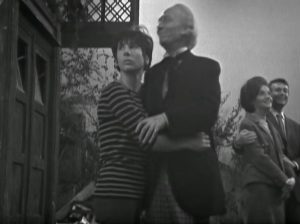 There were 134 episodes of Doctor Who made with William Hartnell in the title role.  Not all of them survive in their original form.  Some were recovered. Some are likely lost permanently. Some were animated and released.  Some are only available to watch in telesnap reconstructions.   The latter can be hard to watch, even for hardcore fans of Doctor Who like myself.  Casual fans probably won’t have the stomach to get through even a few minutes of that.

But when I started this I was insistent that I finish it.  8 or 9 years ago I had the idea to do this once before, and I did start.  But I didn’t even make it out of William Hartnell’s first series, because made a huge deal out of it.  I had these giant blog entires with a ton of screenshots, and lots of research.  But the biggest problem I made then was I tried to bite off entire stories in one day – that was too much.   I was setting myself up for failure having to watch a couple of hours of episodes a day, then write about them, and do research.  So this time around I didn’t want to start and fail a second time – so I bit it off in smaller chunks.  Just a single 25 minute episode per day.  I’d throw out a few tweets about them.  After a couple of episodes, I had the idea to collate the posts here on my blog.  Not anything like before, basically give them a wrapper in a web page, add maybe a fact or three here, and provide basic facts about the story. 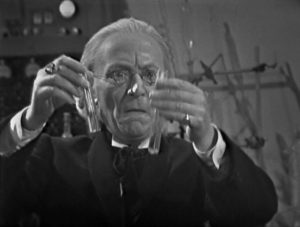 Doing it this way has made a huge deal.  I started this on the 21st of August, and as I write this today on the 29th of December, I made it through all the episodes.  One per day, except when I was in hospital for a day, that obviously didn’t happen, so I’d double up to make up for that.  But overall, I have no burnout, and I think I chose wisely.  My target date for completion is in January 2024, so I was hoping I’d find a format that worked.  It certainly seems to.

As I progress into Patrick Troughton’s run as the Second Doctor, I thought I should add a few points about having watched all of William Hartnell’s episodes.  No particular order, just a few random thoughts. 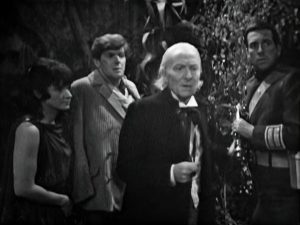 Basically, I really enjoyed this run of William Hartnell’s stories.  I know the 60’s Black & White Doctor Who isn’t for everyone, but I’ve always enjoyed it.  Some of the stories I’d totally forgotten about what happened at various points.  Others I remembered.  Before I started this, I’d seen every episode of Doctor Who once – somewhere in the past.  Despite that, on a handful of them, it felt like watching again for the first time.

William Hartnell only showed up in one more story in Doctor Who after leaving the programme here.  Not counting flashbacks and clips of course, his only other appearance was in the first story of the 10th series of Doctor Who, “The Three Doctors“.  Hartnell was quite ill at that point in his life, and his appearances were confined to a video screen with shots recorded in his own living room.   William Hartnell died a little less than two years after this appearance, it was his final acting job anywhere.  I used to go to a lot of Doctor Who conventions in the 80’s, and William Hartnell was the only Doctor I never met in the flesh, as he died 8 years before I started watching Doctor Who originally.

So cheers to Bill – was pleasure going through his Who episodes again.

As I end William Hartnell’s run and go into Patrick Troughton’s, I have to say I feel strong about my marathon idea.  I was hopeful that I wouldn’t burn out, and now that I’ve finished 29 stories and 134 episodes, I feel strong about continuing on.  I’ll be with Pat for awhile, as his last episode should be on the 27th of April, 2022. 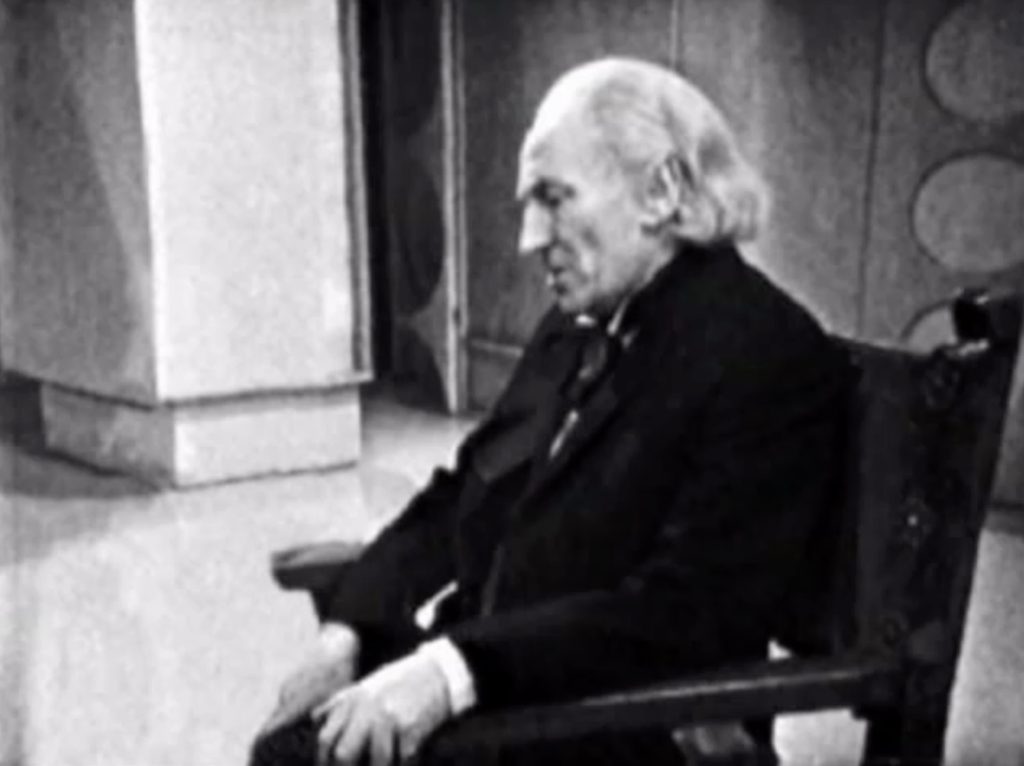 A quick follow up to yesterday's #DoctorWhoMarathon post. This scene with Bill Hartnell exclaiming "THE DALEKS!" gets me every time. I love the inflection here. It's both comical and serious at the same time. I don't know why, but I love this small bit. #DoctorWho pic.twitter.com/pBRHMEIjkw