Fury From the Deep

Fury From The Deep

NOTE: This story is completely lost (in original form).  It was released as an animated story in 2020.

NOTE 2: This is the only Patrick Troughton story not to have its official title start with the word “The”.

NOTE 3: This is the final story to have no surviving episodes.  Every story after this is either complete, or has at least one orphan episode that can be watched in its original format.

This story is lost save for a few scant clips. It was animated in 2020. Overall this was the final story for Victoria Waterfield as a companion. I've decided to use the color pic.twitter.com/hJiNlKwfcL

animation here. This ep is the first ever appearance of the sonic screwdriver in Doctor Who. Ep1 is setup of the main story - a problem at a gas refinery. #VictoriaScreams pic.twitter.com/neDkiHdnli

I do like the heartbeat that we hear when the seaweed shows up. I think that works well - the thumping sound. Thing is I'm unclear why the seaweed (creature?) is doing what is pic.twitter.com/1k87kkm7qS

doing. Perhaps we'll get more detail as we go along. Other than that, it's pretty standard base under siege story in Episode 2 of 6. Mean ing there's more I need to figure out. pic.twitter.com/0FZ0mg73l4

Halfway through Fury and I hit episode 200 in the project here. Doesn't feel like 200 days since I started this, but here we are. The Doctor does some experimentation on the pic.twitter.com/p3e4765xFb

seaweed to see what's going on. We get several hints in this episode to the ultimate defeat of the sea creatures in this episode with Victoria's screaming. #VictoriaScreams pic.twitter.com/WL15P8qsLX

They're spending time setting up Victoria's exit from the series in a couple of episodes. Not every companion gets that - some are like "Bye!" The lower areas of the base look pic.twitter.com/bOP11kh58Q

The staff tries to figure out a way to attack the weed and the Doctor latches onto the concept that Victoria's screaming can damage the weed, which is taking over more of the pic.twitter.com/jmNZSQPan0

base. The Doctor has to go rescue Victoria who was kindnapped by Robson. The action gets outside the base, which is a nice change. The end has a bit of a zombie feel to it. pic.twitter.com/RJJGWArqVs

The Doctor & Jamie rescue Victoria, and in doing so stumble upon the idea to destroy the weed creatures - using recordings of Victoria's screaming. The Doctor constructs a pic.twitter.com/BucOHyGGsh

series of sound devices that kills all the creatures. After this, Victoria decides to stay behind, being tired of all the danger they get involved in. Victoria gets a better pic.twitter.com/bR03sQhVMS

departure than most companions do. A fun fact about this story: Fury from the Deep is the only Patrick Troughton story whose official title did not start with the word "The".? pic.twitter.com/D6VVKQt5j8 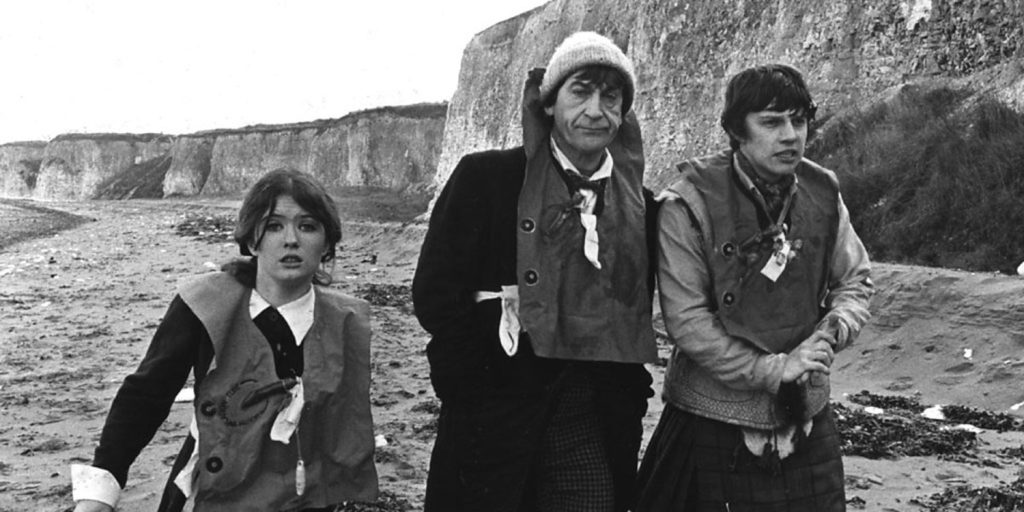 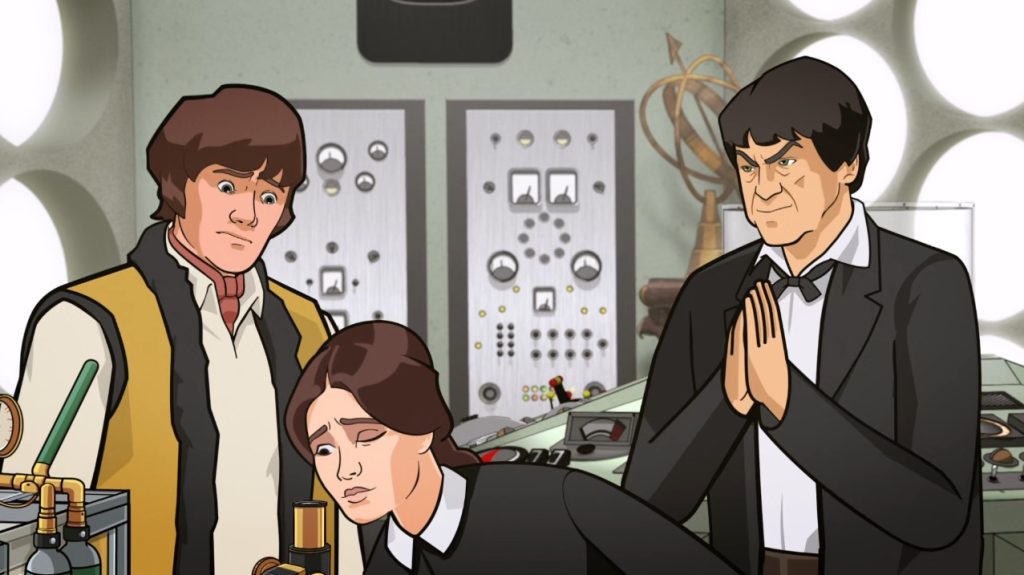 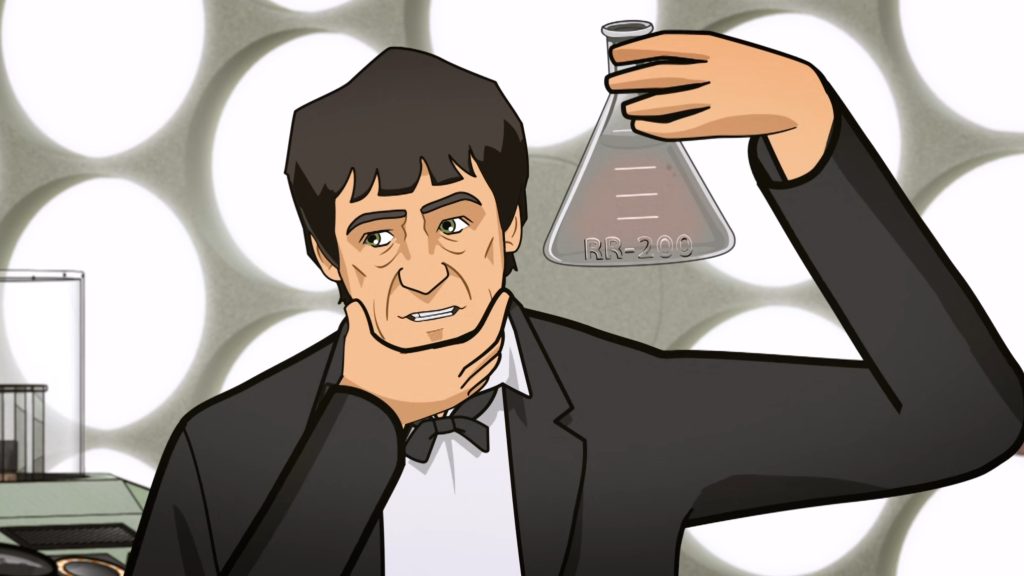 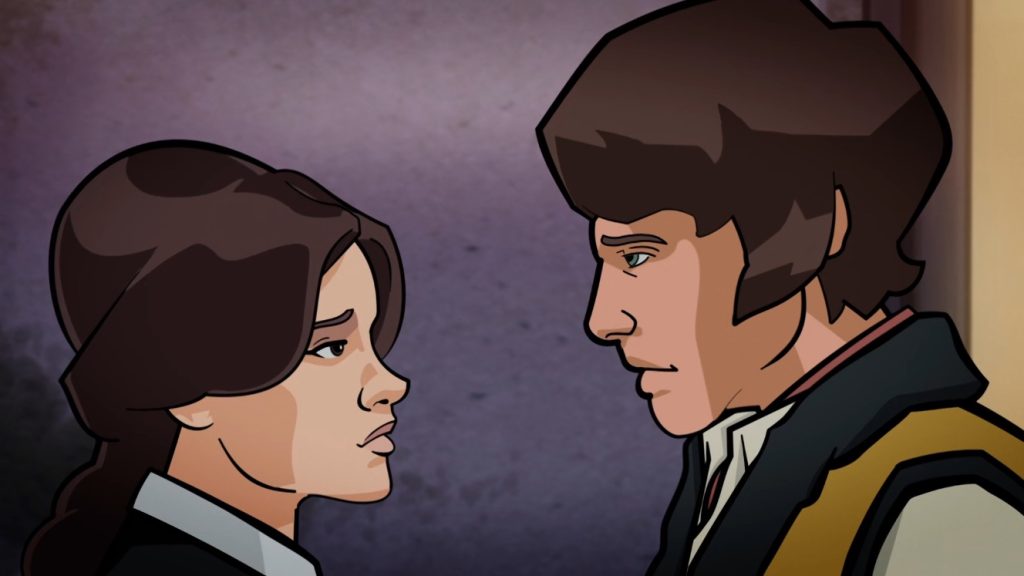 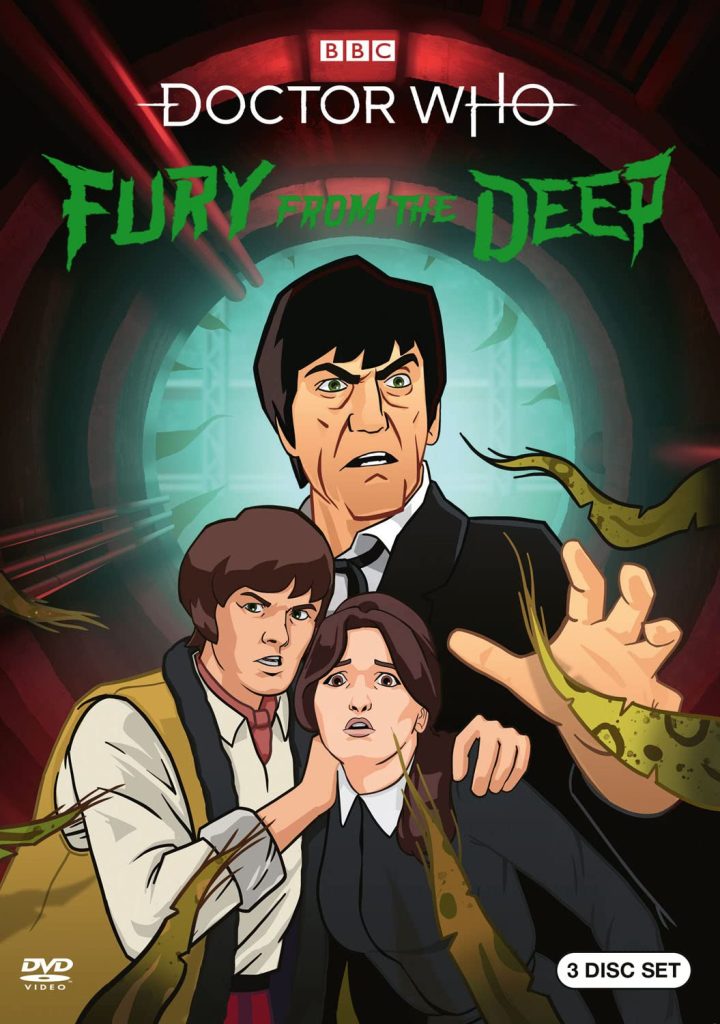