NOTE: In 2011, a Special Edition DVD was released with updated special effects, newly shot footage, and corrected Dalek voices.  I will be using that version for my review.  While the original remains on this DVD release, nearly everything about the story’s visual and sound is improved with the newer version.

PERSONAL NOTE: I ended up doing Episodes 3 & 4 on Father’s Day 2022, as dammit, I was enjoying it a lot, and just wanted to do that on Father’s Day.  I probably will do this from time to time going forward as the mood fits, as I may try and change the ending of the project from Feb 2024 to Nov 2023 for the 60th anniversary of the show.

This is a story in the past I never cared for, thought it was the worst Dalek story. I've since come around on it because I mostly dismissed it out of hand due to the voices of pic.twitter.com/cSoArnvCpN

the Daleks being wrong. But there was an SE DVD a few years back that fixed all that - and enhanced the SFX. But even before that I found the story was better than I remembered. pic.twitter.com/OATDq7wrdo

At the time, it was the first Dalek story in 5 years and 130 odd episodes. You'd think with that much time to prep, the Daleks themselves would be more impressive looking, given pic.twitter.com/8mGoRpilAb

it was their 1st color TV appearance, but they looked like holdover props - and only 3 of them! This story does something that Who didn't do a lot of - time travel shenanigans. pic.twitter.com/Dzh3jisYnQ

The Daleks get out of their room finally. The Doctor gets transported to the future where Jo went. As much as I posted negative for first 2 eps, I really do like this story. pic.twitter.com/hGIwKl56VE

I wish the show did more time travel stuff in their stories than it does. Love hearing the Dalek control room sound, and the Daleks being shouty about exterminating the Doctor. pic.twitter.com/6Nnu9WY1TW

The Doctor is rescued and works with the rebels to fight against the Daleks and Ogrons. Eventually there is a big war at Sir Reginald's mansion, which in the original version pic.twitter.com/upApEk6BLQ

had only three Daleks! The Daleks are destroyed by one of the rebels in a giant explosion. Ending a little rushed. A rare story that is legit improved by updated SFX. pic.twitter.com/kesPwfVFLq 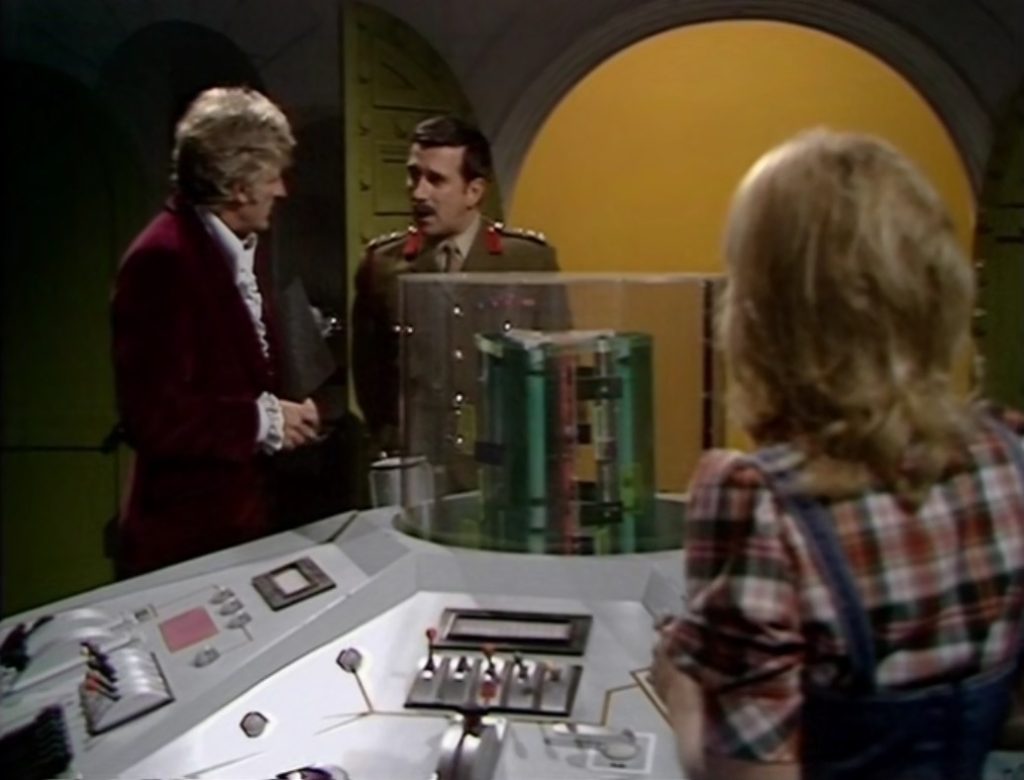 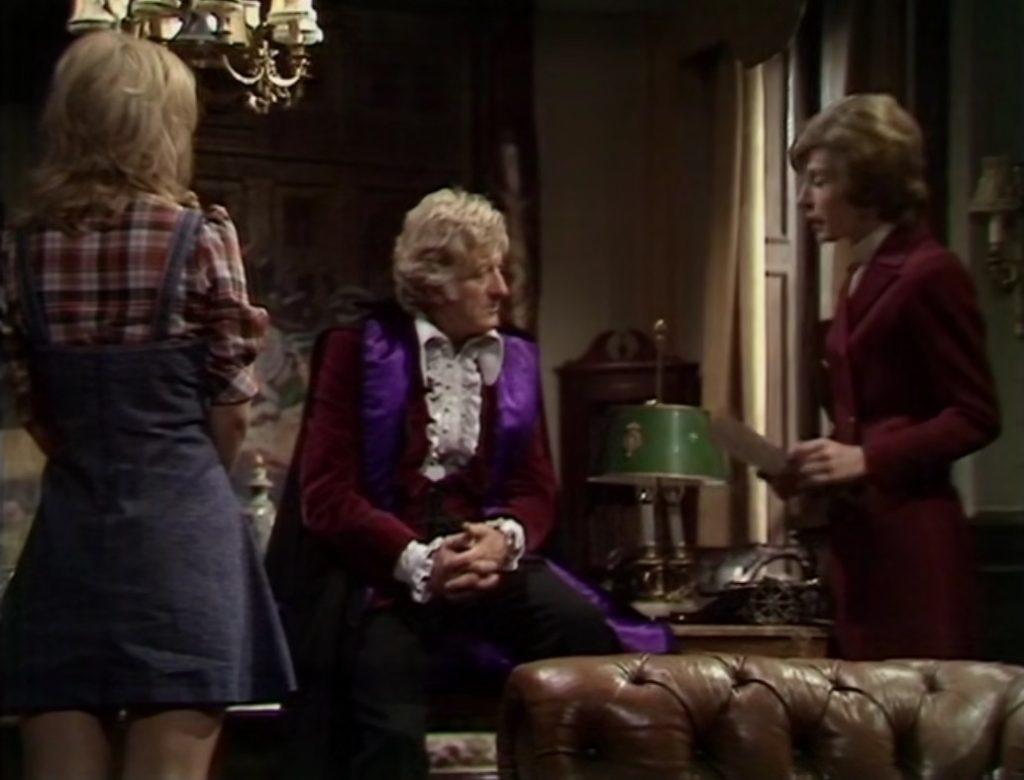 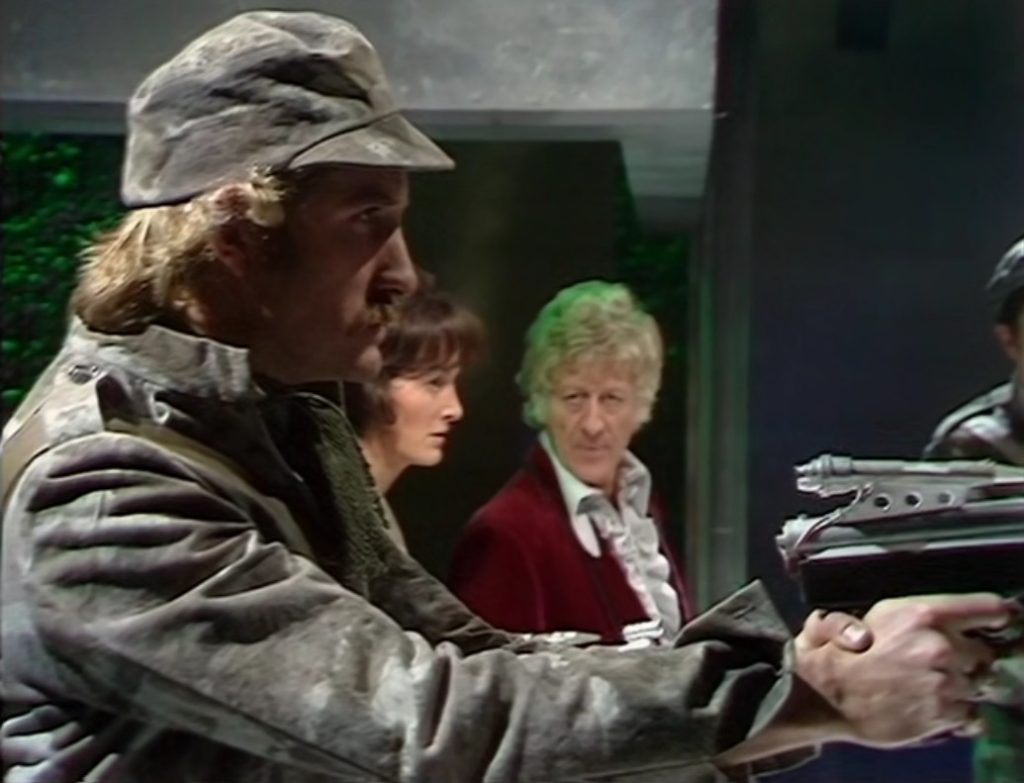 These two clips show the same scene at the end of Episode 3 (it’s the cliffhanger), but the first one uses the original special effects and voices.  The second one is the updated version.  This shows how much both the effects and voices were improved by the 2011 special edition release of this story. 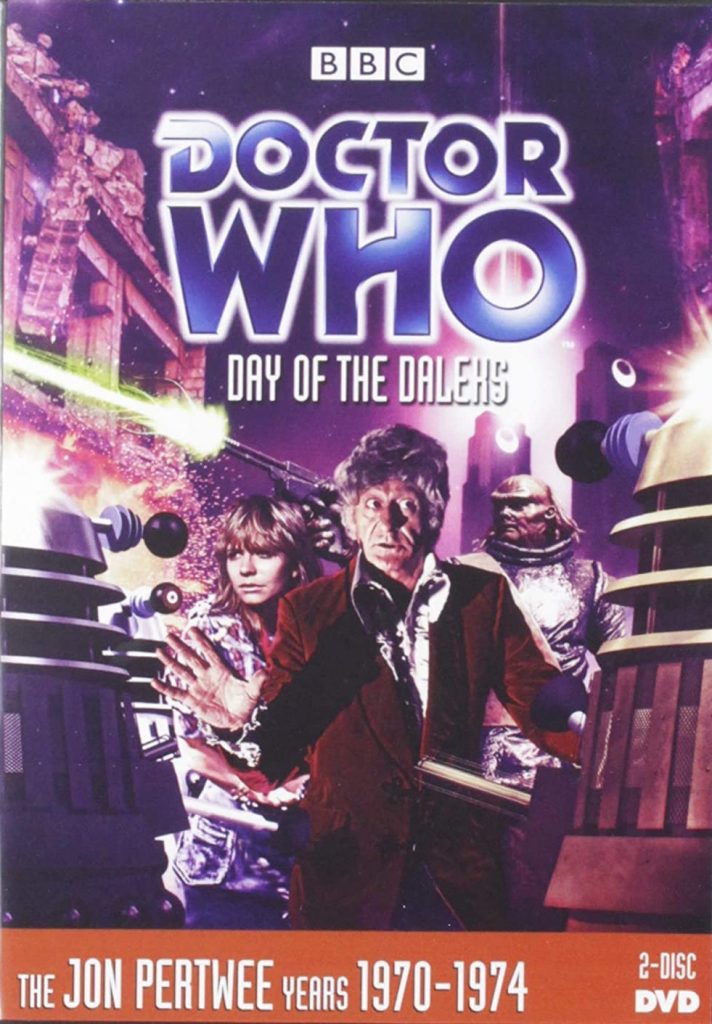