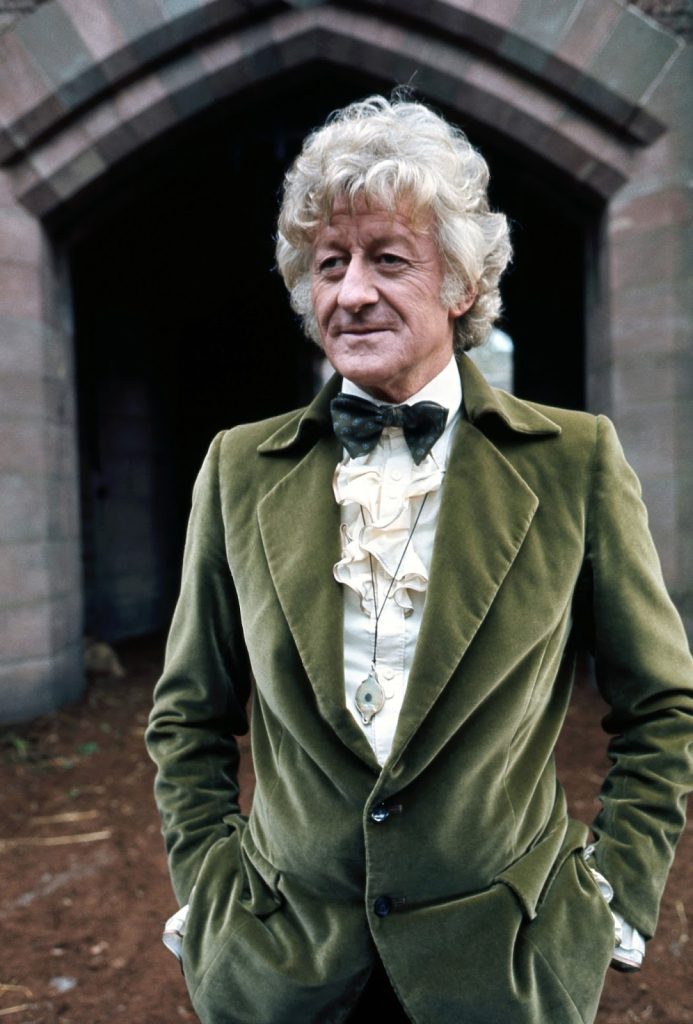 Well, on 27 August 2022, I reached another milestone in my Doctor Who Marathon.  I completed the Third Doctor’s run with episode 6 of “Planet of the Spiders”.  I reached it a little earlier than I thought I would as I ended up watching five episodes this day to finish off his era.  I never originally intended to do that, but I knew I’d have to double up (or more) a few times if i want to get through everything before 23 Nov 1963.  So today I went for it.

Pertwee has never been a Doctor I ranked high. I never thought he was bad – he has some excellent moments.  But his era never resonated with me. I couldn’t tell you why, but when I started this back on 28 of April, I was hoping I’d discover some stories I had forgotten about.  That definitely happened. Some of these stories I enjoyed more than before.  The ones that I really didn’t care for not much changed there.  Planet of the Spiders was a disappointing send off to his era.  The other thing that I thought was an issue with his era was incidental music.  Planet of the Daleks in particular had horrid music – so much so it takes the story down several notches.

I still very much adored the Draconians.  They were glorious in execution – I really wish they would come back to the show at some point.  While I thought Roger Delgado was used too much in Series 8, his performances were glorious.  He easily remains my favorite actor to have played the Master.  It’s not even close.  As for the companions..

There’s no single episode I can point to with Pertwee’s era that I consider “essential” – in the way that Hartnell’s Unearthly Child Episode 1 or Troughton’s War Games Episode 10 was.  There’s a lot of great stuff in Pertwee’s era, but no single “Oh you MUST watch this”.  Thing is, I don’t see episodes like that in several other Doctors either, that’s not a slag on Pertwee.  The two aforementioned episodes I would recommend to anyone watching Doctor Who.  If I was to give someone a Pertwee story to watch as a newcomer, I’d probably go with Frontier in Space, or perhaps Terror of the Autons.  Maybe Inferno, too. 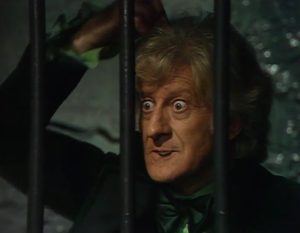 Jon seemed to have a lot of “close up” acting – borderline mugging for the camera.  It happened a lot.  Not that it was bad, but it seemed to happen more than any of his predecessors.  It was just something to look for – you knew when there was a dramatic scene, here comes Pertwee’s closeup. :)

I met Jon a few times at conventions in the 80’s.  He was always fun – his banter with Patrick Troughton was a particular joy.   I also met Jon’s son Sean in 2016, and I had an action figure of his dad with me.  He thought that was cute, and we spoke about the 80’s convention circuit.  Turns out Sean was at several of the same conventions I was at too, as Jon would bring him with him a lot.

Jon himself returned to Doctor Who in The Five Doctors, where he was one of the main actors, and finally got to fight some Cybermen, something that didn’t happen in any of his stories.  Jon played the Doctor in “The Ultimate Adventure”, a Doctor Who stage play in 1989. He also returned in the 1993 special “Dimensions in Time”.  His final anything with Doctor Who was a fan special called “Devious” which attempted to bridge the gap between the end of The War Games and the start of Spearhead in Space, showing the actual regeneration from 2 to 3.

Jon died about a week or so before the UK airing of the Paul McGann TV movie in 1996.  The show (in the UK) carried a dedication to Jon in its titles.

I’m quite pleased to have gone through his era again. I discovered a lot of stuff I had forgotten about, or overlooked in the past.  I’m sad to finish another Doctor in this run, but the next one I’ll be with for quite some time, as there’s more of Jon’s successor than any other.