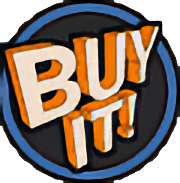 Synopsis: For more than half a century, Don Zimmer, baseball’s beloved gerbil, has been the Zelig of the national pastime, the character in the corner of so many interesting pictures. He may have been only–as he likes to remind us throughout Zim: A Baseball Life–a .235 hitter, but he was a .235 hitter who played with Jackie Robinson on the only Brooklyn team to win a World Series. A year later, he was there, on the bench, when Don Larsen threw his perfect game. More than just an original Met, Zim was the first player ever photographed in a Mets uniform. As the Red Sox third-base coach in 1975, it was Zim who waved Carlton Fisk home in the bottom of the 12th to end the greatest World Series game ever played. Three years later, it was Zim, now the Sox manager, who watched in despair as Yankee shortstop Bucky Dent sealed one of the greatest late-season collapses in the annals of the game when Dent’s pennant-winning homer settled into the net atop the Green Monster. Of course, it was Zim who led the Cubs, of all teams, to a rare postseason appearance, and, approaching 70 at the turn of the millennium, it was Zim who added four championship rings to his collection as Joe Torre’s bench coach in the Bronx.

Bridging the gap between the game’s early years of integration and the advent of the $200-million-plus contract, Zim hasn’t just witnessed the history of the second half of 20th-century baseball, he’s embodied it, and he remembers it with a genial charm and disarming honesty that turns Zim into one of the more spirited and beguiling baseball memoirs to step up in some time. “I’ve had a hell of a life,” he admits with an amazed cheerfulness that’s evident on every page. –Jeff Silverman

Joe’s Remarks: I never was a big Don Zimmer fan until I saw the event that led to the caption of this book. I watched the game where he got hit in the head with a ball, and then came back out in a pith helmet. From that moment on, I was a Zimmer fan (as I am a Torre fan, even if I’m not a “Yankee” fan). Anyway, this book is a good read – Of course, I skipped to the chapter on his year or so as a Texas Rangers manager, which was my primary interest in reading the book. However, it’s a lot more than that. If you get a chance, pick it up. It’s good stuff.