Once again, the fact that the United States has its collective head up its ass over the issue of sexuality comes up again, and has made me want to rant about it. This time it raises it’s ugly head in the form of the August 2006 issue of the free magazine Baby Talk.

The cover story is about breastfeeding. They chose what I felt to be a totally appropriate subject, that of a baby breastfeeding. Check out some of these quotes from an AP news story I read on the subject.

“I was SHOCKED to see a giant breast on the cover of your magazine,”

“I was offended and it made my husband very uncomfortable when I left the magazine on the coffee table.”

“Gross, I am sick of seeing a baby attached to a boob,” the mother of a four-month-old said.

Another reader said she was “horrified” when she received the magazine and hoped that her husband hadn’t laid eyes on it.

Excuse me? To these women who are complaining about this.. Uh, what the hell do you think your breasts were designed for? This is their designated function. What the hell are you complaing about? Breastfeeding is about the most natural thing a woman can do with her body (other than actual childbirth). This is a thing to be celebrated, not shunned. Come on people, get a grip. I don’t see you people complaining about things like this in the public. These pics are meant for titillation’s sake. Not actual breastfeeding. At least the Britney Spears pic is a “motherhood” thing – which means.. Uh, oh. She could be breastfeeding later on – HIDE THE KIDS!

Oh, and to the woman who was saying her husband was uncomfortable.. the only reason was because YOU were in the room. Trust me – men are never uncomfortable at looking at breasts. What a collective bunch of twonks these complainers are. I suspect these people who are complaining about half of the side of a breast on the front of a magazine are the same kind of people who complained about this: 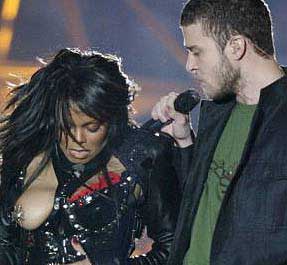 So, if you’re like me, in honor of all these people complaining, support your local women’s health clinics and support breastfeeding. It’s about the best thing a woman can do for her child. Women should get MORE support for wanting to breastfeed, not less – and certainly not puritanical middle aged women from Kansas giving people who try and push the issue any crap. These complainers should just go back to the hole they came from and just shut the hell up. Nobody with half a brain cell wants to hear this kind of nonsese. Immerse them in some of the European cultures – their heads would probably explode.

If you’d like to read more about breastfeeding, here’s a few links for you:

You should also support Baby Talk Magazine. It’s free, but you should make sure any new parents you know of get this. At least the bruhaha hasn’t scared off the magazine from saying they’d do it again.

UPDATE Oct 2008: W Magazine has fanned this controversy again by having Angelina Jolie on the cover of their magazine, breastfeeding. It’s actually a fairly tasteful picture – it’s not overly sexy, yet still shows how beautiful a woman be doing this. Yes I’m a guy, and yes, I like looking at breasts, but Jolie has a really great smile here, which is the focal point of the picture to me. Of course, the same zealots who freaked out about the Baby Talk picture will probably freak out over this one. These people were probably not breast fed themselves. Yeesh. 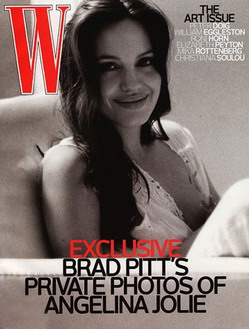 Below is the the full AP News Story that went with this original post in August of 2006:

WASHINGTON (AFP) – Readers of a US parenting magazine are crying foul over the publication’s latest cover depicting a woman breastfeeding, with some calling the photo offensive and disgusting.

“I was SHOCKED to see a giant breast on the cover of your magazine,” one woman from Kansas wrote in reaction to the picture in Babytalk, a free magazine that caters to young mothers. “I was offended and it made my husband very uncomfortable when I left the magazine on the coffee table.”
Her reaction was part of some 5,000 letters the magazine has received in response to a poll to gage reader sentiment about Babytalk’s August cover photo, which shows a baby nursing.

Several readers said they were “embarrassed” or “offended” by the Babytalk photo and one woman from Nevada said she “immediately turned the magazine face down” when she saw the photo.
“Gross, I am sick of seeing a baby attached to a boob,” the mother of a four-month-old said.

Another reader said she was “horrified” when she received the magazine and hoped that her husband hadn’t laid eyes on it.

“I had to rip off the cover since I didn’t want it laying around the house,” she said.

A national television program also ran a segment on the controversy, interviewing several people in New York who expressed disgust over the cover photo.

The picture in Babytalk was aimed at illustrating the controversy surrounding breastfeeding in the United States, where a national survey by the American Dietetic Association found that 57 percent of those polled are opposed to women breastfeeding in public and 72 percent think it is inappropriate to show a woman breastfeeding on television programs.

Babytalk executive editor Lisa Moran said though most of those who responded to the poll about the cover photo gave the magazine a thumbs up, she was surprised that some 25 percent expressed outrage.

“There is a real puritanical streak in America,” Moran told AFP. “You see celebrities practically baring their breasts all the time and no one seems to mind in this sort of sexual context.

“But in this very natural context of feeding your child, a lot of Americans are very uncomfortable with it.”

She said the controversy is all the more surprising in light of concerted efforts by the US government and health professionals to encourage women to breastfeed.

“Everyone is saying that breastfeeding is best for baby but there is so little support for it in public,” Moran said.

She said the Babytalk cover photo marks the first time a major parenting magazine in the United States dares to break the taboo about showing a woman’s breast and the outrage it has prompted is not about to discourage editors from doing it again.

“This hasn’t scared us off at all,” Moran said. “We’re thrilled and hopefully this will help women get more support for nursing.”