Anyone who knows me knows I’ve been a big fan of major league baseball for ages. So it was with great joy that I got ready for January 1st, 2009. That was launch day for the MLB Network, a new 24 hour baseball channel. So I was rather excited to see that launch. Especially given one of the lead guys is Victor Rojas, who left my Texas Rangers broadcast booth to take a job there. 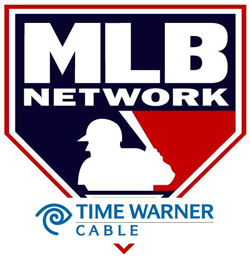 A little background info first. A couple of months ago I bought a nice 46 inch HDTV. Not necessarily in anticipation of this channel, but this was going to be a benefit. This TV has a TiVoHD hooked up to it – this is a CableCARD device, so the cable goes from the TiVo just to the TV, there’s no “cable box” as such. My bedroom has an older SDTV, and a Series 2 TiVo. This TiVo uses a Motorola Cable box provided to me from Time Warner in addition to the TiVo device.

So January 1st rolls around, and I find out I have some big tech problems getting the channel (which persist to today). I found I could not tune to the channel. This is Channel 198 here in Dallas. On a TiVo box, you can tune to a channel two ways. Either through the guide, or “manually”. On the TiVoHD/HDTV one, if I try tuning to 198 through the guide, it’s impossible, as Channel 198 is not listed as a channel that exists. If I try tuning to Channel 198 manually from LiveTV, the screen is still black, and I get one of two error messages saying something like “Channel not Available, CableCARD device may be needed, please contact your cable company”. I’ve been reading online about the problem since, and some information I found on the bizofbaseball website says this:

Reports have also filtered into the Business of Sports Network that some using TiVo players with cable cards are unable to access the channels listed. In the cases reported, subscribers had premium packages. Others, however, have reported that the systems are working properly. MLB Network is looking into the issue at this time. A technical issue has been reported in the past with premium channels and TiVos with cable cards, most notably those looking to watch NHL’s Center Ice.

Great. Sigh. So on January 2nd, I went through all the options I know of on my local TiVo unit to reset the channel lineups. No luck. Any TiVo has a screen in the setup options that lists every single channel known to the TiVo service that is on your specified cable provider. In theory, it should match the list of channels available from Time Warner Cable. Guess what? Channel 198 isn’t there. There’s a 197, and then it goes to 200. Sometimes when a channel is new, TiVo won’t have guide information available for said channel, but it will be on the list of available channels as “To be announced”. 198 isn’t like that – it isn’t even a selectable channel, which is why I get a blank. As far as my TiVoHD is concerned, Time Warner Cable doesn’t have this channel at all.

So I pick up the phone and called TiVo Customer service. Got a nice CS rep on the other end, which as good, since we were on the phone for about an hour. She had me walk through some options I didn’t know about, she looked up things on her end, but the end result of that hour on the phone with TiVo was that “This is a Time Warner problem”. The CS rep told me that TiVo has filed an official problem report with Time Warner over this specific issue I raised. So as far as TiVo was concerned, this wasn’t their problem, and lodged a complaint with TWC over it. They told me it can take up to a week for TWC to deal with their lodged complaint, which would be January 9th (this coming Friday). Those who know me know patience is not one of my strong points, so I couldn’t just “sit” and wait that long.

So I fumed for a bit, and contacted TWC’s online support later in the evening (via their online live chat). I basically talked to the customer support rep. I knew this would be bad, since TWC is not known for their good customer service, and my problem is definitely not your garden variety “can be fixed by a customer service script problem”. I was right. The CS rep I spoke with issed a box reset from her end, and it didn’t make a difference, I still could not access 198 on my TiVoHD. After talking with her some more, she kept wanting to send out a tech to “fix” my CableCARD issue. I asked her what the point in that was because TWC doesn’t officially support TiVo. She said they didn’t, and after my rather useless CableCARD installer originally, I said “I do not want a tech to come out at this time”, since I couldn’t see what they’d do – except make things worse. So Time Warner’s response was that it was a TiVo problem.
Great. They both blame each other. That doesn’t help me. My TiVoHD/HDTV setup is stuck, I can’t get the channel at all.

Now all that above is about my primary TV, the one I want to watch this on. What’s interesting about this whole situation is that my bedroom TV CAN get the channel. Further reading on the bizofbaseball site says that there are plenty of providers around the country who have MLBN on incorrect “tiers” or programming packages. My first thought was perhaps my account was not setup right to get the channel. So I check my bedroom TV. Guess what? I can get it. If I bypass the TiVo here and directly change the channel on the cable box, I can get 198 – MLB Network is there. So I know it’s not my account not having access, it’s some tech problem with my living room TV/TiVo. The bedroom TiVo does have 198 listed in the list of available channels, so I am able to set up recordings on my Bedroom TiVo.

I cannot do it “properly”, though since the TiVo service does not know about Channel 198 on Time Warner Cable in Garland, TX for my zip code. Zap2it is run by Tribune Media – the backend company that provides the guide information that TiVos use in their service. So I went through zap2it’s feedback mechanism, and told them “Hey, 198 is missing, where’s the lineup”? I sent the same kind of request to TiVo as well. What I was hoping for is for TiVo’s service to recognize 198 in my Garland, TX zipcode. My thinking was that if it showed up as a channel in the TiVo service, it might kickstart my TiVo into thinking the channel is there, and allow me to select it. However, as of January 5th, the channel is not there on either of my TiVo units. Likewise it is not on the guide info at tivo.com nor at zap2it.com. So TiVo (the service) doesn’t “know” about the channel, despite the TiVo CS rep’s statement that they did.

Summing up – what to do now?

So that brings me to now. It would appear that the statement over on bizofbaseball about TiVo/CableCARD devices and these kinds of channels is true. While my TiVo service doesn’t know about the channel, I was able to tune to it via the Motorola cable box in my bedroom, so it is not an issue with my level of account access. I spent some time talking in a thread on dslreports.com about this issue, and others have confirmed that it is available in my area, it’s something local with me. I hate those kinds of problems, since it’s harder to get a CS rep that cares enough to learn your problem and really deal with it – most CS people just want to “script” you off the phone.

One curious thing, though. If you look at the listing of channels for TWC in Garland, TX, Channel 198 shows up as uncategorized. I wonder if perhaps the channel is mis-categorised at TWC’s end, and if so could be contributing to my inability to see the channel on the TiVoHD device.

I’m at a loss. I’d be far more mad if I couldn’t get it in the bedroom. Since I can get it there, I am manually recording things in there, and then transferring them to the TiVoHD and watching them out in the living room. It’s certainly not optimal, since the programs have things like “Ch 198 – 6PM” as program names, but at least I can see the channel.

The final little turn of the knife in all this is that Time Warner is not even OFFERING the HD feed for MLB Network. According to MLBN, any carrier that carries MLB has the option to offer the HD version of MLBN – but TWC in the Dallas area is not even making it an option. That’s lovely.

When I came home from work, my wife said that at some time in the middle of the afternoon, MLB 198 came on the TiVoHD unit. In addition, Channel 96 came back on, too. Whatever was going on at the headend appears to have been fixed. So, w00t! Whether it was my multiple calls to TiVo, or my complaint to TWC, I have no idea, because it just “came on”, no tech ever visited my house (fortunately).

Now if TiVo would get some guide info in there…

UPDATE THU JAN 15: There’s finally guide information in here now about the channel, so all is well. I’m just annoyed it took so long to get it all working. Not annoyed enough to get truly angry about it, after all it is just a TV channel.

UPDATE MUCH LATER: I didn’t get the HD version of the channel (Channel 781) until after the 2010 season had already started.  Sometime during the summer of 2010.  GAH!