The Keys of Marinus Review 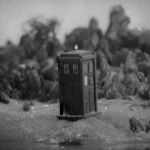 For Doctor Who story #5, we come to a story that I always had memories of liking, but upon recent viewing, I didn’t like it nearly as much.  That’s “The Keys of Marinus”.   As this story started, it was the fifth overall story, and the 21st episode of the series.  Marinus was the first repeat for a writer.  Terry Nation of Dalek fame, also wrote Marinus, and that actually brings me to my first point.

Episode 1 of this story has a feel much like his previous story, “The Daleks”.  Not exactly the same, but somewhat similar feel in ways.  For example, both stories start out with the Tardis crew landing somewhere desolate, and exploring the area, finding some building/structure, and setting off to explore it.  Something happens, they get separated, and so begins the adventure.  That’s mostly the end of the comparisons, as the stories have much different structures overall, but I felt the opening part of Marinus before we meet any of the characters of the story bore a resemblance to Episode 1 of “The Daleks”. 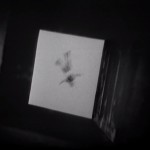 Once the Tardis crew gets inside the large building, we have some corridor sulking until they meet up with each other again.  Although Ian was the last.  Ian’s prowling around results in one of the more unintentionally funny moments here – in what might be one of the least convincing special effects the show has done.  At 13:50 into Episode 1, Ian is having a fight with a Voord (more on them later), and ends up knocking him through the wall.  The DVD commentary says that it was felt that wasn’t a satisfying ending to the fight, so it was decided to have the Voord fall down a hidden panel into a large drop down into the sea of acid that the Tardis crew found earlier in the episode.  That’s all well and good, but they didn’t want to send a stunt man down a long drop like that, so they basically threw a cardboard cutout of some sort down a hole and filmed it.  Thing is, the dummy looks like a piece of paper when it turns sideways, and you can see it’s only two dimensional.  Arms and legs all stick out – it makes me laugh every time.  Presumably wasn’t meant to be funny.

Anyway, all the crew finally gets together and meet up with a man named “Arbitan”.  He is the sole keeper of a machine inside the large building, which is used as a mind control device (called “The Consience”).  It’s explained that it was originally used for law and order purpses, but evolved into something else akin to a mind control device.  To keep it from falling into the hands of the Voord, five “Keys” were scattered around the world, hidden well, so that the machine couldn’t be used.  It apparently has been fixed to keep the Voord under control, but any attempts to retrieve the keys have resulted in no luck, people have died, or just not been heard from, and Arbitan being the last one can’t go, so he tricks the Tardis crew into going for him.  That’s the key of the adventure.  It’s what I latched onto early on as a strength of the story, but now I feel it does the story a disservice.   The reason for that is Episodes 2, 3, & 4 all are self contained stories.  I initially liked the variety of that, but upon recent viewings felt it was a problem, because the episodes WERE so short.  You couldn’t develop much of anything.  Episodes 5 & 6 were tied together, with the last 10 minutes or so of Episode 6 dealing with closing out the Arbitan parts from Episode 1.  The various stories had some good ideas, I just felt the lack of screen time kept them from being all good on their own. 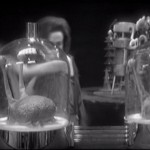 Key 1:  Arbitan had that key, so that was already there.

Key/Episode 2:  The crew were in a place where they appeared to be in opulent luxury, but it was in fact a place of squalor, and everyone was controlled by these “minds in a jar” (that looked somewhat like the Gamesters of Triskelion from Star Trek).  They got away simply because the mind control device used on them fell off of Barbara’s head while she slept.  Odd that anyone was kept under control given how easily it fell off in the episode.

Key/Episode 3:  I liked this idea the best, because it was a forest where the plants were the villian, and they were attacking people, and destroying buildings.  I liked this concept the best of all the individual ones.   It was well produced, and some of the terror seemed legitimate, as opposed to fake acted terror. 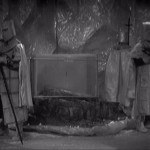 Key/Episode 4: This one took place in a snowbound hut, and the Tardis crew (minus the Doctor, more on that later) had to outwit a local who wanted to steal their valuables, and uh.. “Have his way” with Barbara..  Liked this one the least.   Part of it is the wristbands the crew wore to go from key to key took them very far away from where the key actually was in this segment.  When they found it, the cave it was in was randomly discovered, you never got the feel that they intended to go there, so it felt like they should have never found this key.  There was however, one piece I liked.  The key itself was locked in a block of ice, and to melt the ice and get the key would also mean melting and waking up four frozen guards who were guarding the key.  I thought this was a nice puzzle to be solved.

Key 5/ Episodes 5/6: This one took the form of a trial, where Ian was accused of someone who stole the key.  In fact, we see the key immediately right away in the episode, and then spend all of Episode 5, and half of Episode 6 on a trial to clear Ian of a charge of murder.  The Doctor acted as his defense attorney.  This one was a bit stronger than the others, but that’s mostly due to the additional screen time, they could do more with this one.

Once all the keys were finally retrieved, the Tardis crew went back to Arbitan only to find out that the Voord had taken over, and killed Arbitan.   Ian tricks a Voord who was masquerading as Arbitan, and the crew eventually get away, saying goodbye to a few of Arbitan’s helpers they picked up along the adventure.

I feel if this had say just four keys to find, and not five, perhaps dropping the plot of the “Snows of Terror” episode, this would have been a lot stronger.  I like the “variety in the story” concept here a lot.  Just felt the individual bits weren’t served as strongly due to the lack of screen time.

Still, it’s worth a view.  It’s not like it’s awful, despite the laughable effect in Episode 1.   I’d check it out, I just don’t expect it to be on many fans’ lists of Top 10 Episodes. 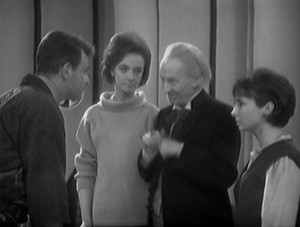 This was released on DVD in late 2009/early 2010, depending on where you live.  Below are some ordering links: 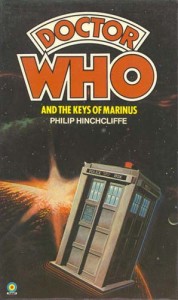 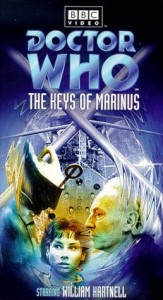 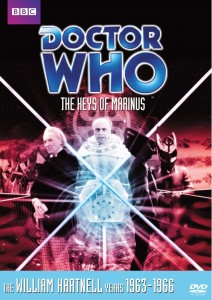 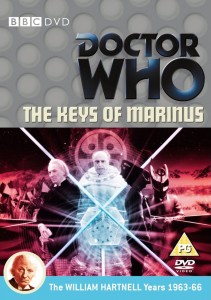 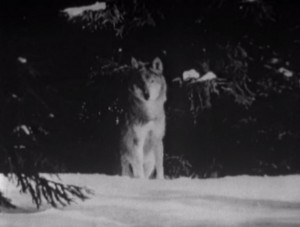