How to Watch Babylon 5

It was announced on May 16, 2018 that the old Sci-Fi classic Babylon 5 will be coming to Amazon Prime. This is very good. It is an excellent show, one that compelled both Lynn and myself. Lynn cries at TV all the time. I, however, do not. The final episode of this show really got to me. However, to get to that point, you have to watch all that came before it – was the slow burn of the characters, everything they went through. It isn’t just watch one episode and your bawling – this isn’t “This Is Us”. 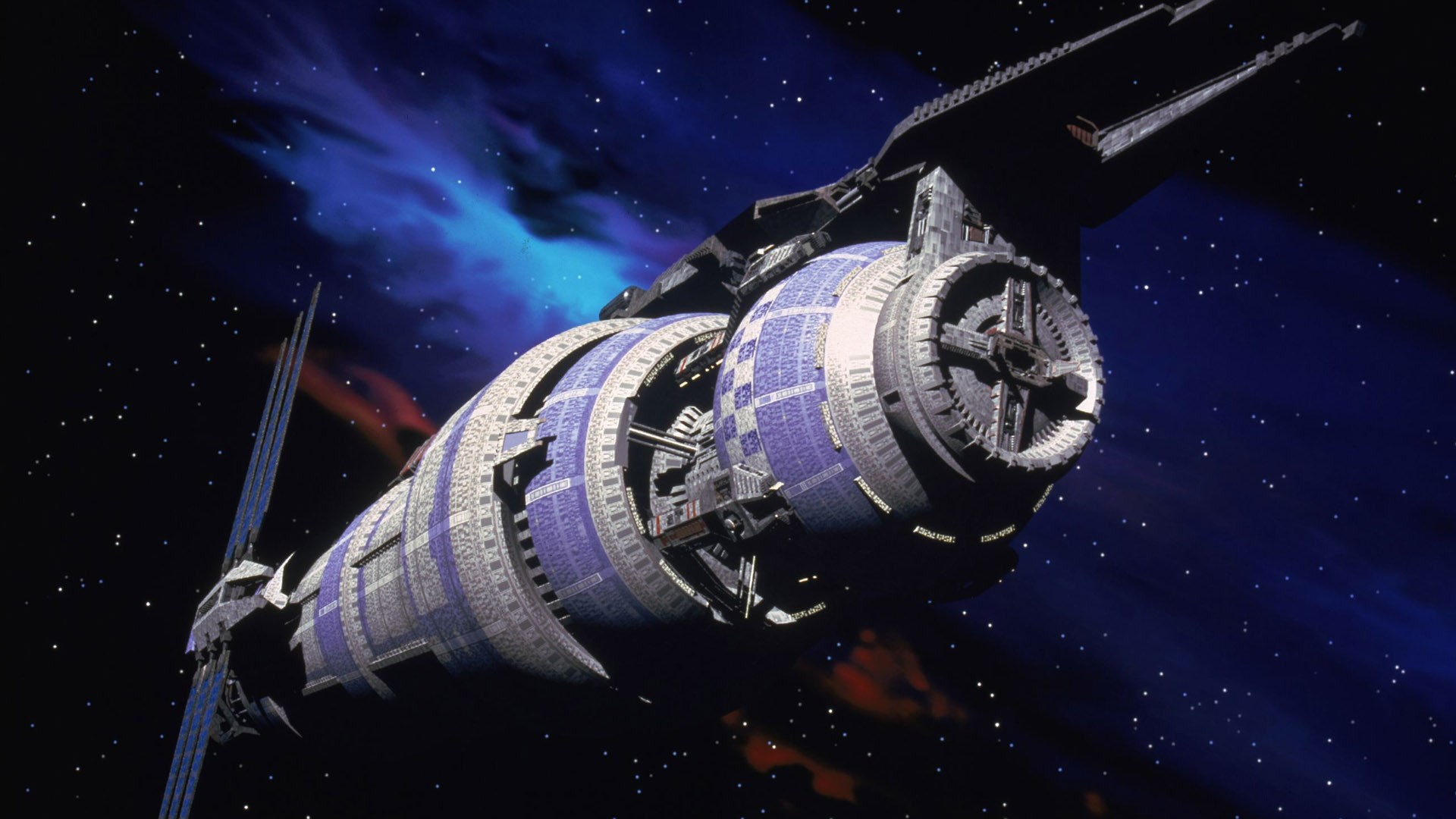 Anyway, the show ran for five seasons, and had 110 episodes, plus 6 TV movies. There was also a spinoff series (“Crusade”) that itself ran for 13 episodes. There was an attempt to revive with a seventh TV movie (it failed), and a final attempt to bring it back as a straight to DVD series of releases. the first one came out, but no more after that. Then the cast started dying off, and all the talk of more Babylon 5 went with it.

However, the original remains, and it’s quite good. QUITE good. BUT. there’s a few caveats to that. You can of course watch it in the order it was originally broadcast, but after making my way through it a few times, I’ve come up with a better order to watch the Babylon 5 material in – basically how the stories all play out. It’s mostly the same as airing order, but not completely the same. So I thought I’d put together my list of how to watch Babylon 5.
Here is the running order in terms of storyline of the Babylon 5 material. With the exception of #1 on this list, you can watch it in the order shown here.

Don’t watch it out of order – BAD BAD BAD! Also, skip the commentaries and making of stuff if you are watching from DVDs. You can watch it later on if you want, but not now, you’ll screw up future unwatched events. Joe Stryznski (sp?) assumes in the commentaries that you’ve seen the whole series. He gives away things that happen in Series 5 in the commentaries for Series 1.

Another thing. Series 1 isn’t as good as the rest of the series. That’s not to say it’s bad – it is not. BUT.. Please don’t start watching and give up in Season 1. You must make it through Series 1 before the real GOOD stuff kicks in. There are great episodes in the first series, but it doesn’t become absolutely brilliant until the second series, and then it’s spectacular all the way through the rest of the run.   One other thing to mention. The special effects in this show aren’t the best.  It’s not like we’re talking 1960’s Doctor Who here, they’re decent from the time they were made in. But they haven’t held up the best.  I’ve known one or two people who gave up just on that.  don’t do that.  This is totally killer TV Sci-fi writing.  You’ll be doing a major disservice to yourself if you bail out.

Just remember – follow the order above.  If you’re watching on DVD’s, ignore ALL the extras until you’ve completed the series.  You’ll thank me later.

P.S. One caveat to all this. As I write this, it is not known if all the TV movies and video releases will also be on Amazon Prime (even the show’s creator doesn’t know). That is to come, and I’ll update this when we find out. It could end up being just the five series, and that would be fine, but it is enhanced by watching all of it.