On 18 Aug 2021 I started the Doctor Who marathon I talked about elsewhere on my blog.  I’m tweeting about each episode daily.  It occurred to me to collate them into posts on my blog.  Now, I don’t want to make a huge deal out of this on my blog, as I could have just written about them here in the first place.  This is just a way to show the various tweets together in one place without hunting for them on Twitter. I will probably have a little extra info here, but not a huge deal.  Mostly because I don’t want to double create the work.

The 2nd episode of #DoctorWho is way different than the first. The Tardis lands in the past, and a group of cavemen who take the crew prisoner. When I watch "Unearthly Child", episodes 2-4 I usually... pic.twitter.com/hbgp6TUou6

skip because they're much different. Most of this episode is two caveman (Cal & Za) arguing over who can make fire. It's a simple story. I did enjoy the brief exploration part of this episode. pic.twitter.com/fixKlbP5ce

The story with the cavemen continues. The bulk of this episode is the Tardis crew attempting to escape from their captivity, and not going much of anywhere. Continuing grunting from Cal & Za. ;) pic.twitter.com/eO3km9g8WE

The first #DoctorWho story finishes. The crew finally escape after tricking the cavemen with the fire they wanted all this time. I really wish Ep 2-4 of this were something different, though. pic.twitter.com/O2kaZ5vq2u

Never dug the cavemen angle. I'm not sure what I would have done differently, though. It has a lead-in to the next serial at the end. Also, at this point in the show's history, each episode had its own title. pic.twitter.com/SfjCJ1nzd1 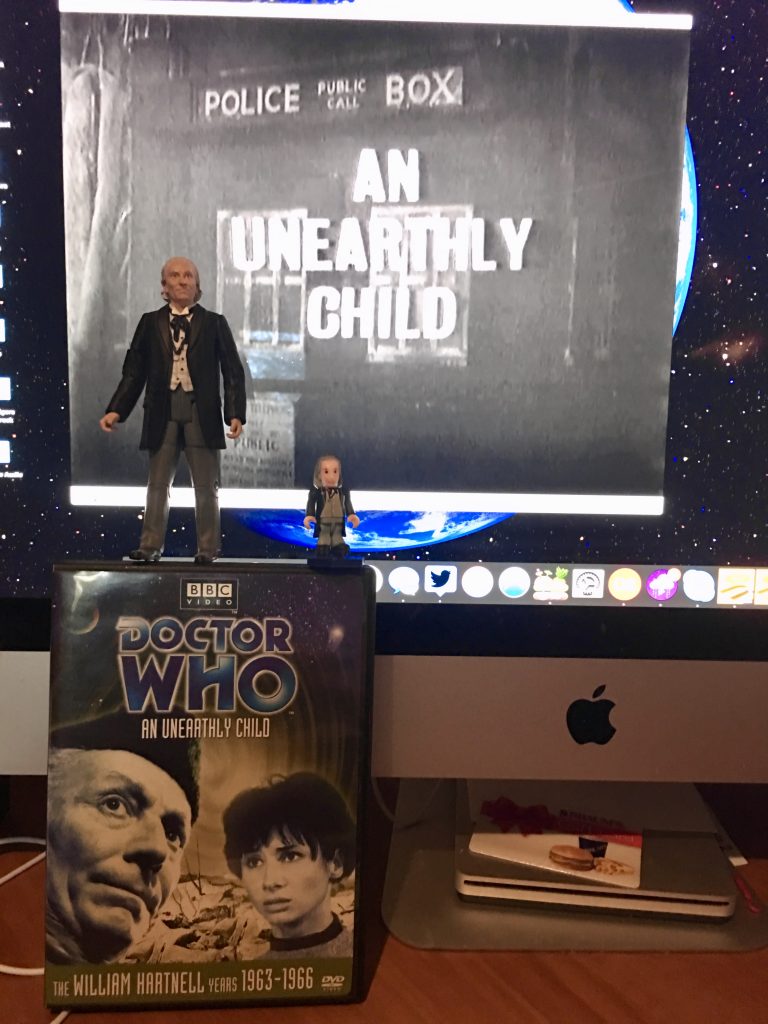