I’ve been a big Black Sabbath fan for a long time, and when you know Sabbath, you know they have some lineup turnover – especially in the 80’s and 90’s.  But they’re not alone.  Nearly every band I like has some sort of turnover over the years (very few don’t – Weird Al & U2).  One of the other bands I like that has had a lot of turnover is Deep Purple.

Running originally from 1968 through 1975  and releasing 10 studio albums and a well regarded live album in that time, there was a lot of turnover.  Three vocalists, three bassists, two guitarists.  However, I want to talk briefly about the last combination in that first era, what’s come to be be known as “Mk IV”. 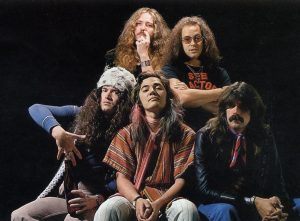 The lineup is mostly the same as the prior lineup.  The only difference is that Ritchie Blackmore, founding member had quit the band to start his own thing – Rainbow.  The only two originals left at that point were Ian Paice (d) & Jon Lord (k).  The two of them contemplated ending the band, but were persuaded by David Coverdale & Glenn Hughes to carry on.  So they held tryouts and settled on American guitarist Tommy Bolin.

This album was released nearly a decade before I got into Purple, so every one of my thoughts is not of the era.  I was only 10 when this came out, and Deep Purple wasn’t something I did then – in any incarnation.  So what I’ve read about the negative reaction to having an American guitarist in this rather British rock band was lost on me.  I’d already been through that with Sabbath and the Mob Rules lineup being half American anyway.  All I knew were the tunes – the personnel stuff was lost on me at the time.

Regarding the tunes… for me that mostly started and ended with the lead track “Comin’ Home”.  Mk III’s thing (for me) was the vocal duo of David Coverdale & Glenn Hughes.  So I was attracted to the background vocal hook in the chorus here.  What I didn’t discover until much later that it was Tommy Bolin on background vocals there due to Hughes’ rampant cocaine troubles at the time.  Still, I enjoyed that song, but always dismissed the album as nothing to pay attention to due to Blackmore not being there.  As did a lot of people, I would assume.  I did listen to the whole thing there, but it never grabbed me at all.  The album laid that way in my head for awhile. I did include a couple of tracks from it on my Deep Purple playlist in iTunes (Coming Home, Lady Luck, The Drifter), but that’s about as much attention as I paid to it.

A lot of time passed, and I started listening to Nathan & John over at The Deep Purple Podcast.  Purple was always a band I liked, knew the basics, but never did a deep dive (har) into their history.  So I started checking them out, especially the episodes that talked about the proper Deep Purple albums.  Then they got to the one for “Come Taste The Band”, and I found myself intrigued as to what they’d have to say, given my general indifference towards the album.  So I checked it out on my podcast app driving around in my car over a couple of days.


When I finished listening to the guys I had a much different view on the album than I did before, and I went to listen to the album proper and discovered a lot more there to like.  The album didn’t end with Track 1, basically.  I’m not going to get into a track breakdown here, that’s not why I wanted to write.  But suffice to say the guys at the Deep Purple Podcast have totally turned me around on this album.   While I’d be a liar if I said it was near the top of the Purple catalog, it’s far higher than it used to be before.  Thanks to Nathan & John for that.  I also expressed these opinions on Twitter a couple of times, and got some interaction from David Coverdale & Glenn Hughes too, which was way cool.

It didn’t end there either, as yesterday I got in a copy of the 35th Anniversary edition of the album on CD.  That has been out since about 2011 or so, but I never bothered with it due to my indifference.  But I found a great deal on the thing (about $7 shipped), so I jumped on it.

It contained a remastered  version of the original album, plus a disc of Remixes of the album.  But the gold here for me was two “new” (to me) tracks called “Same in L.A.” and “Bolin/Paice Jam“.  I had never heard these before, and man – they’re damn good!  They sound a bit different than the rest of the album from a vibe standpoint, so I can see why they weren’t included.  Or developed as the case may be.  The first one is a near instrumental, and the second was just Paice & Bolin riffing in the studio. 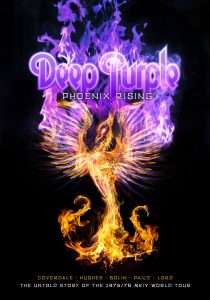 Both are brilliant, and I was chatting with a friend of mine this morning telling him about those two tracks – and he should check ’em out. Found myself saying this..  “The more I think about Mark IV Deep Purple lineup I can’t help wondering what would’ve happened if they weren’t completely crippled by drug problems at the time. If they were clean and did this album I have to imagine they would’ve continued forward from this point. It was the impossible situation of playing with two completely drug addicted members that destroyed that version of the band. ”

The story of Mk IV is quite an interesting one.  It is detailed in the “Phoenix Rising DVD” that has been out for some time now, and is very much worth checking out.  Especially if you’re into lineup changes and stories behind the band.  Talks about the departure of Ritchie, and pretty much all of Mk IV, from conception until its death following the last show on the tour – and pretty immediately after the show, too.  As of this writing, the DVD is only $10 over at Amazon, and should be checked out.  Some of the interview footage is contained in the album’s EPK video, which I’ve embedded below.

I REALLY enjoyed this 35th anniversary edition of the album (which you can buy here).  If you’ve never really been into this variant of Deep Purple, I suggest you check out the podcast episode (which is also on youtube embedded above), as well as the album.  You might find something enjoyable that was previously overlooked as I did.  The guys in the pod episode above explain why the album is better than most realize in far more detail than I’m willing or have time to get into here.  Their words did it for me, they could do it for you, too.

This 35th anniversary release does make me wish there was more with Bolin and Deep Purple.  Would have loved to have had more than what we got.  If you want to read some more, check out the Deep Purple Podcast Show Notes for their episode about this album.  An AWFUL LOT of factoids, quotes, and commentary about the album – it too is worth your time for a read. 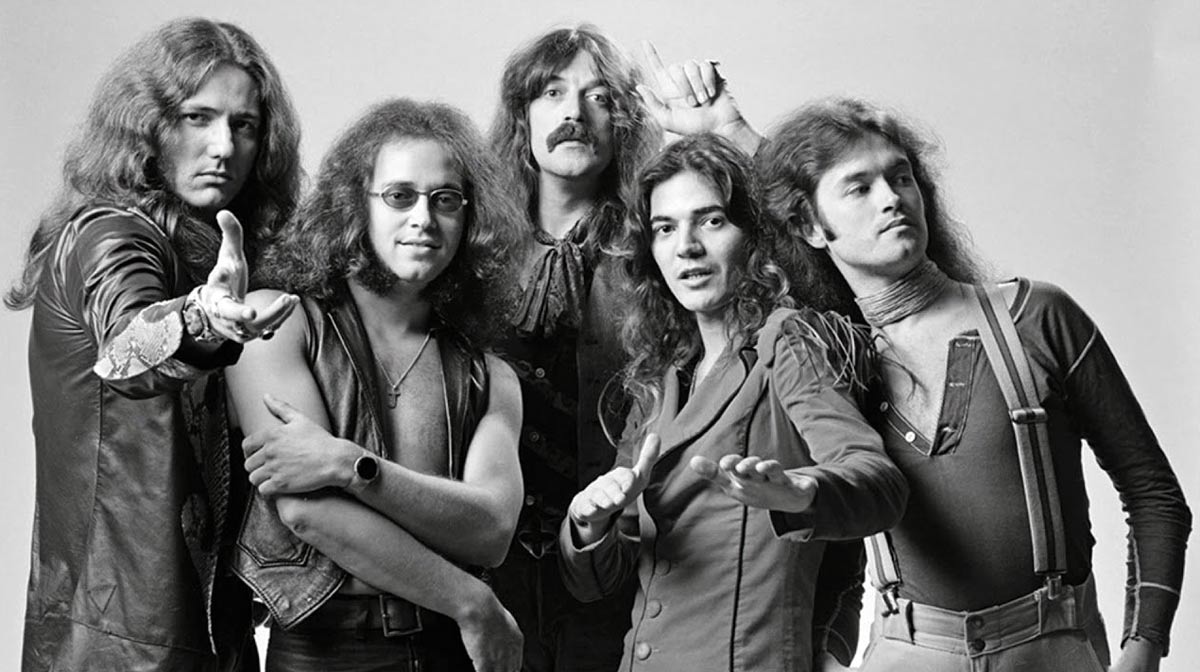 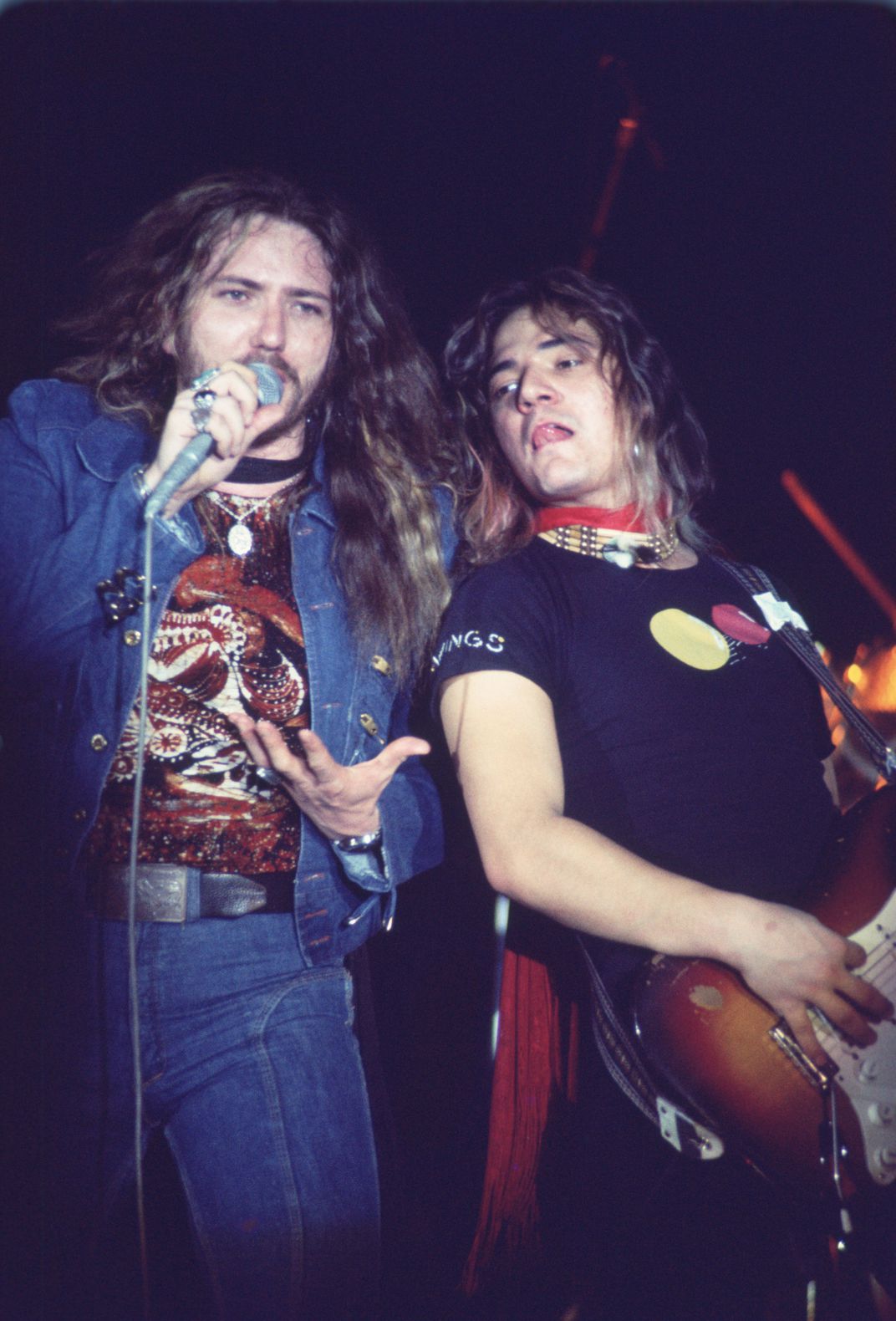 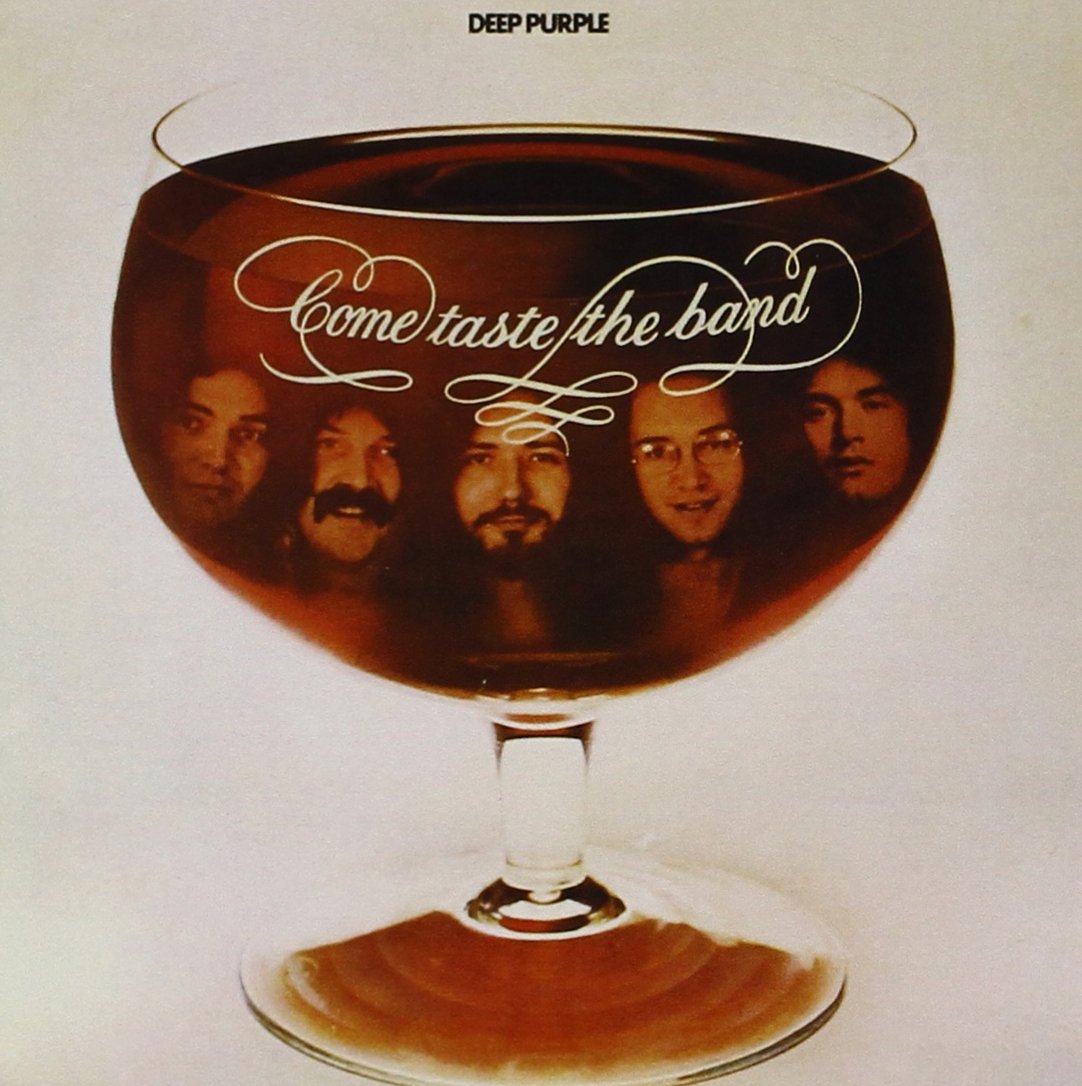