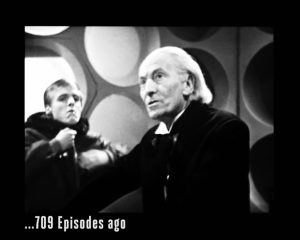 NOTE: Shada production was halted due to a strike at the time. It was never completed in its original form. In 2018 it was finally broadcast on BBC America in a hybrid live action/animation format for the first time.  The originally intended 6 episode original version was never aired anywhere, but was released on Blu-Ray for the first time in 2022.  I will use that version for my viewing.  After much internal debate, and some discussion with other fans on Twitter who have done this “watch everything” project, I am counting the six Shada episodes in my overall count – even if it ends up making my count not match the official count.  As of Dec 2022, there are 871 official Doctor Who episodes.  By my counting Shada, it will make my count 877, which will be off six.  That’s OK, I can live with that. I tried finding an official BBC count of episodes, and I couldn’t.  The closest I came was in the 2017 episode “Twice Upon a Time” where they started off with a “Previously on Doctor Who” using a screen capture of “The Tenth Planet Episode 1” with William Hartnell.  On that was the text “709 episodes ago”….  When I counted back 709 episodes, it didn’t line up to the Tenth Planet – their count was off by ten episodes (even without Shada’s 6), so I’m not sure what the heck was happening there.  My wife thought I was nuts when I said I had been thinking about this for a week or so in the leadup to Shada.

Then there’s the story count.  Shada started production, and stuff WAS filmed, so the story count I struggled with too.  On Wikipedia, it’s not counted (presumably) because the story wasn’t finished – they list it as “Story 108.5” (with 108 being Nimon).  However, the official BBC DVD’s give story counts, and the DVD for Shada refers to it as “Story 109”, so I’m using that as justification for calling this “Story 109” and not “The Leisure Hive” (the first story of next season). 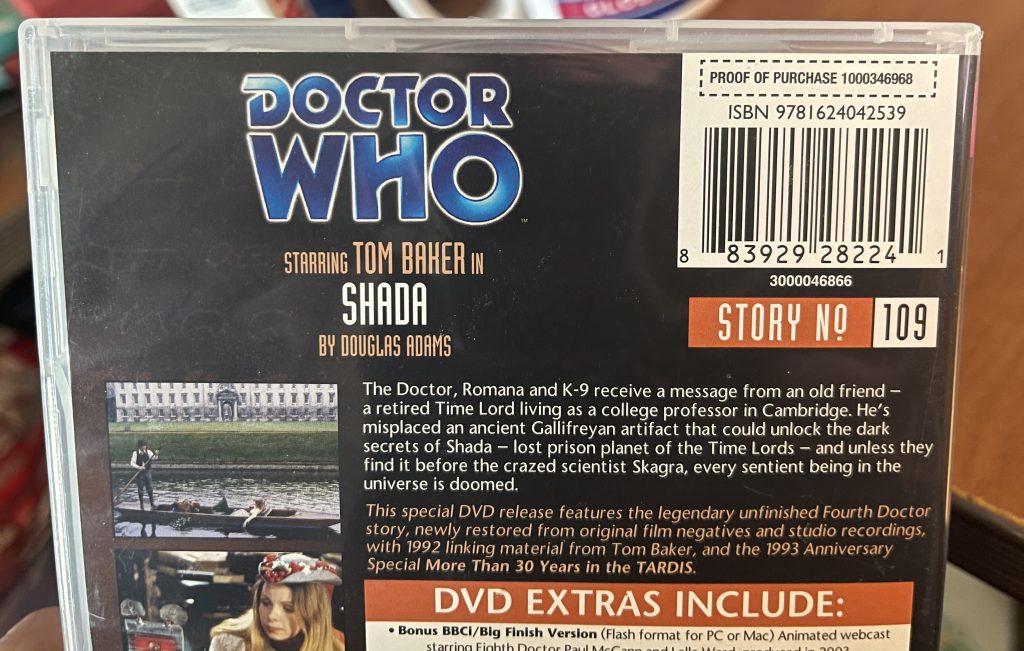 NOTE 2: I first saw Shada at a convention in the late 80’s when then producer John Nathan Turner brought a VERY VERY raw and incomplete version with him to show.  I detailed the story of viewing that on my website. If you are reading THIS page, then the story of viewing Shada nearly 40 years ago is worth a read.

Shada. A story that was started, stopped due to a strike, never completed, abandoned, then remounted with animation decades later, and not aired anywhere in the world until 2018 in the US. pic.twitter.com/t5ZxEmsp8j

I actually saw it in the 80's in a raw unfinished version, I wrote about that separately on my blog here: https://t.co/xw5mYgIaDT

As a point of reference, the version I'm using here is the 6 ep "definitive" version from the Season 17 Blu-Ray set from early 2022. That version has never aired anywhere, but I counted it pic.twitter.com/K1GQKYRULA

as the story began production that way in 1979. I expounded on that on the Shada page on my blog.

Douglas Adams' influence is here. Evidence the joke about "B - B - C" guessing names. pic.twitter.com/1HnbSRVPXY

Chronotis disappears after he dies - is he a Jedi? :) The Doctor and crew go looking for Skagra's ship. They find it, and the Doctor has a "chat" with Skagra about what is going on. pic.twitter.com/CF1b6gJj5S

Skagra uses the sphere on the Doctor. Despite that the Doctor survives, & interacts with Skagra's ship, convincing it he's dead and therefore no threat. Fun cliffhanger. #ChronotisLives pic.twitter.com/WLS2y7Vpxp

The amount of animation vs live action is starting to change radically. But that's not a surprise the further we get into the story. Skagra takes Romana and the Tardis and go to his ship. pic.twitter.com/0eJnZk7xXp

Romana tries to get him to say what he's doing, & the explanation is weird. Chronotis is back due to Claire's intervention; he reveals that the book is the key to Shada, a Time Lord prison. pic.twitter.com/YEOZ7X6LHl

Ep5 starts with the think tank from ep1 blowing up after a narrow Tardis escape. The pace in this ep picks up a bunch as we figure out why Skagra is doing what he's doing and how Chronotis pic.twitter.com/hDKW3jrIbI

connects to it. Skagra's plan involves the entire universe combined into a single mind. Now that all the story parts are merging together, it's becoming quite fun! Chronotis is Salyavin. pic.twitter.com/DIYlXZon4L

Sorry for all the Who stuff today, I really got into Shada, and given I still need to make up 2 weeks of episodes, I just went for it. I thoroughly enjoyed this story from start to finish, pic.twitter.com/GGMxlxAxqY

even the animation. The end was gold - they got Tom Baker to come back and film a glorious scene for the end of the ep that was scripted, but not filmed. Didn't care about age difference! pic.twitter.com/xbYhzzHYFq 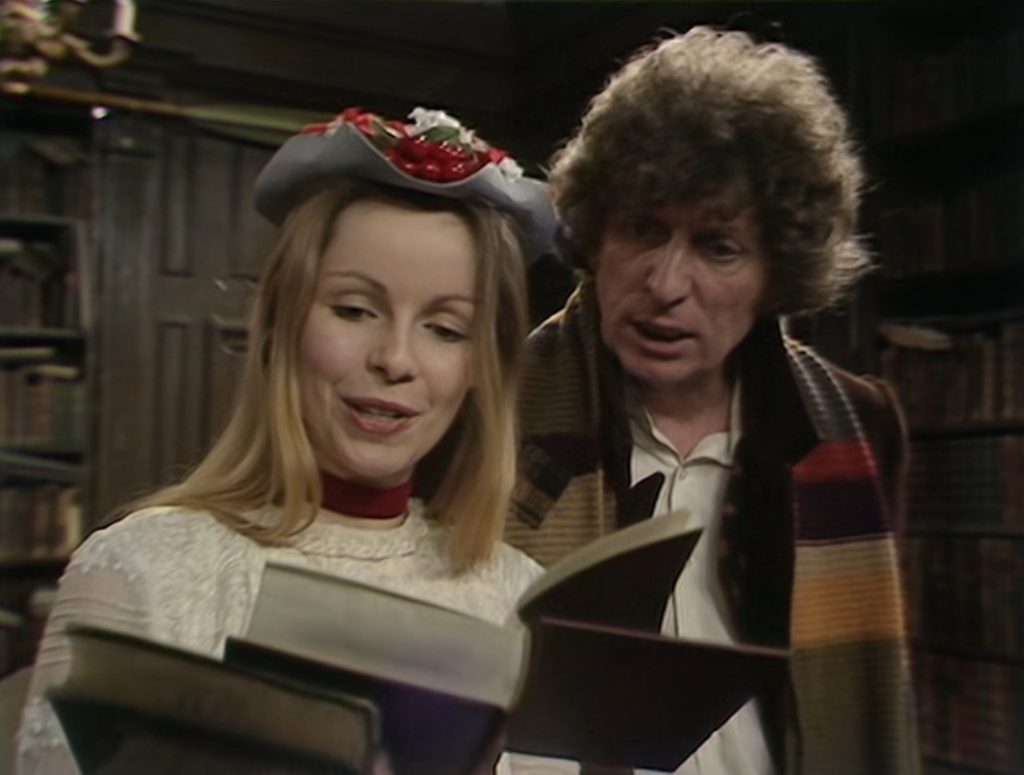 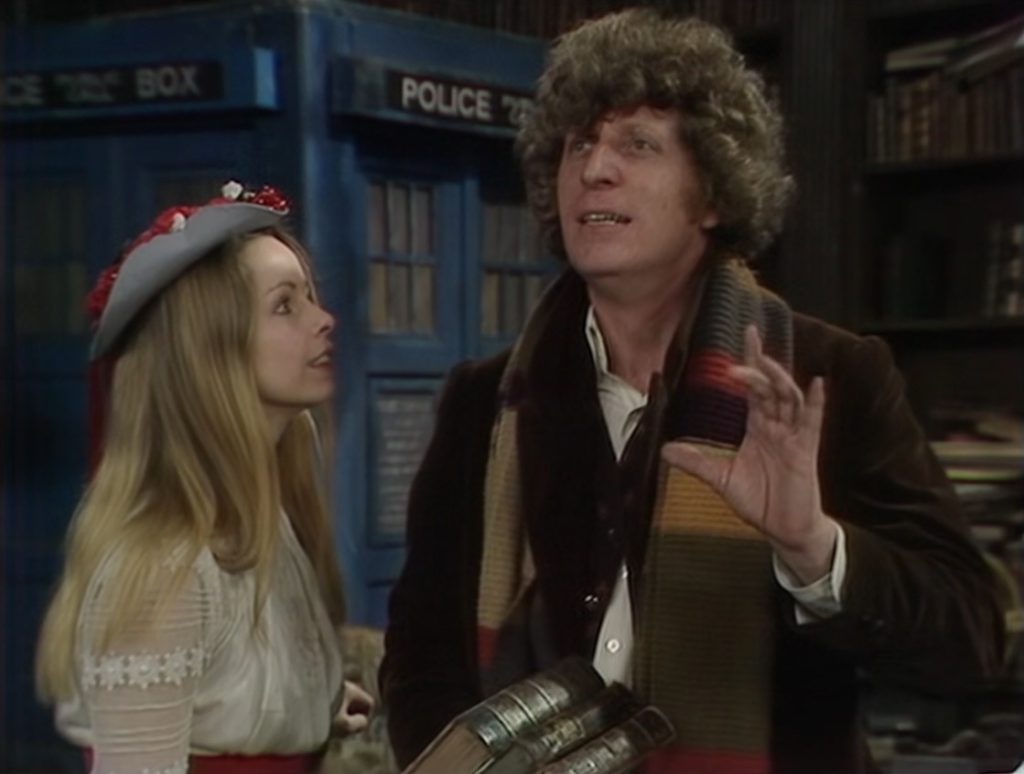 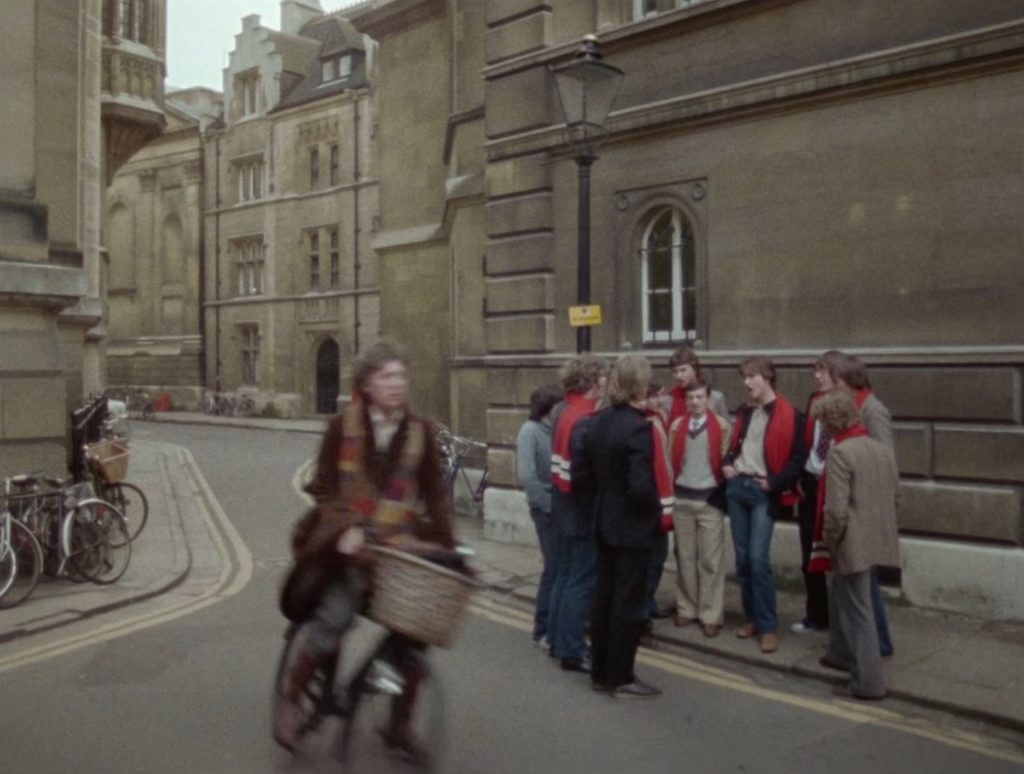 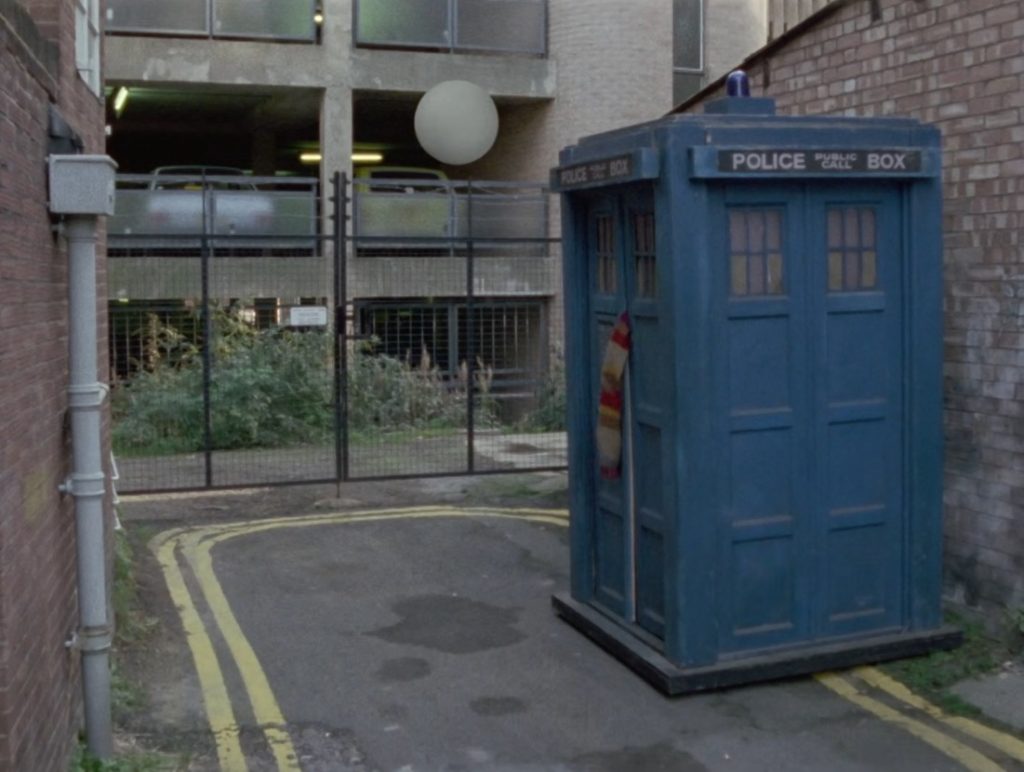 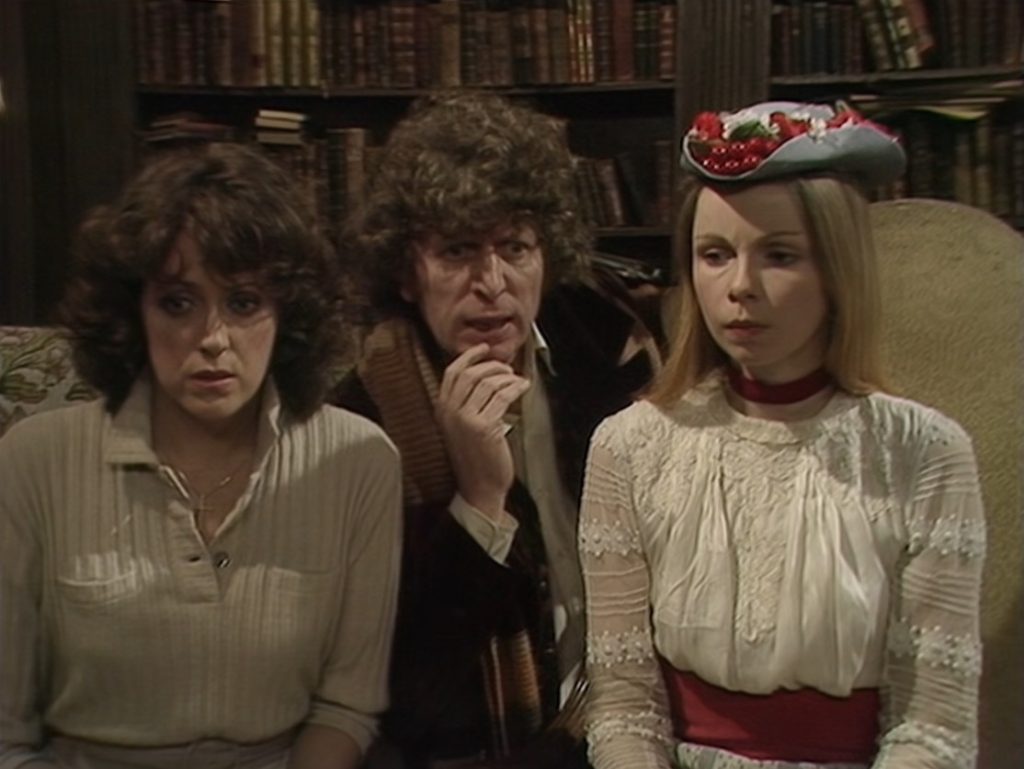 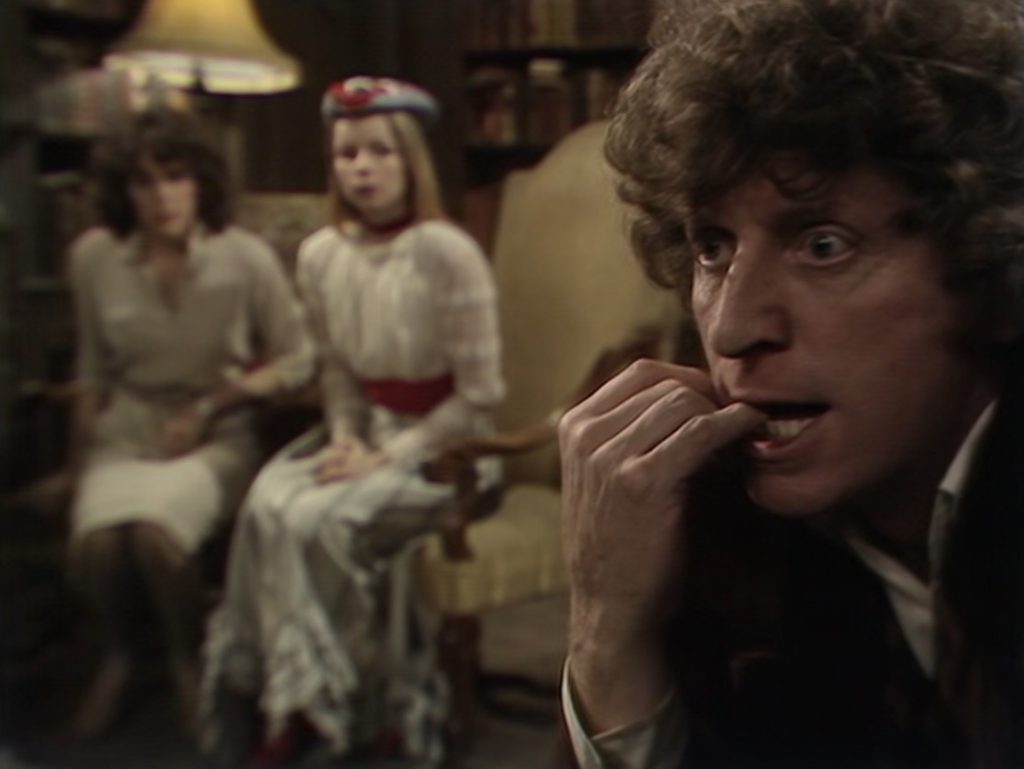 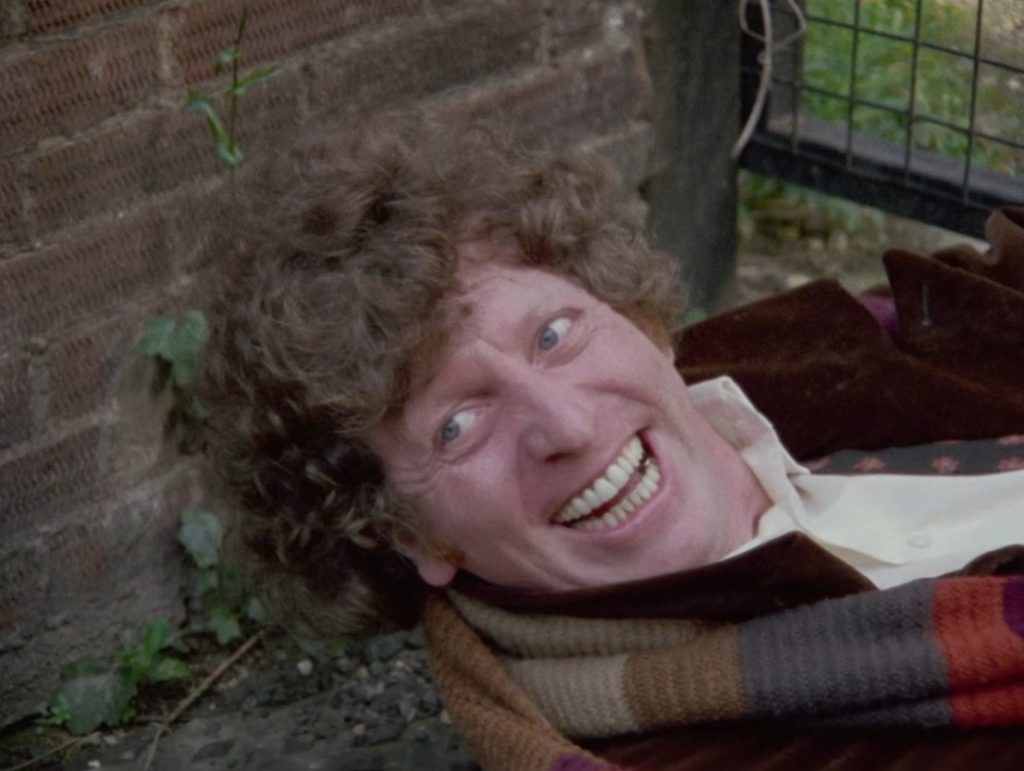 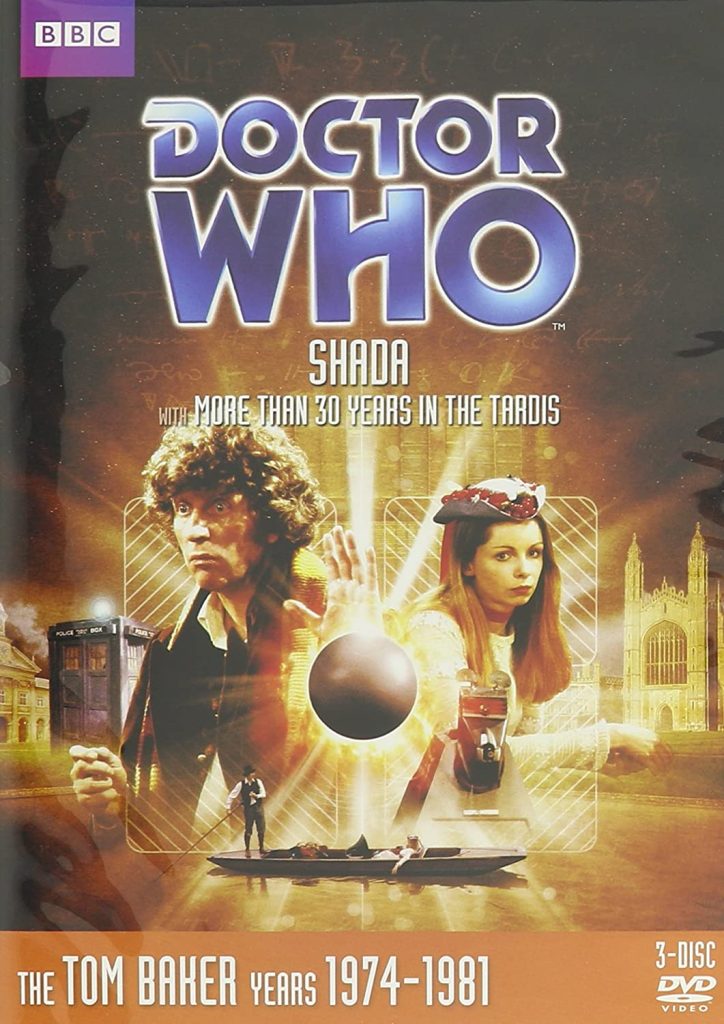 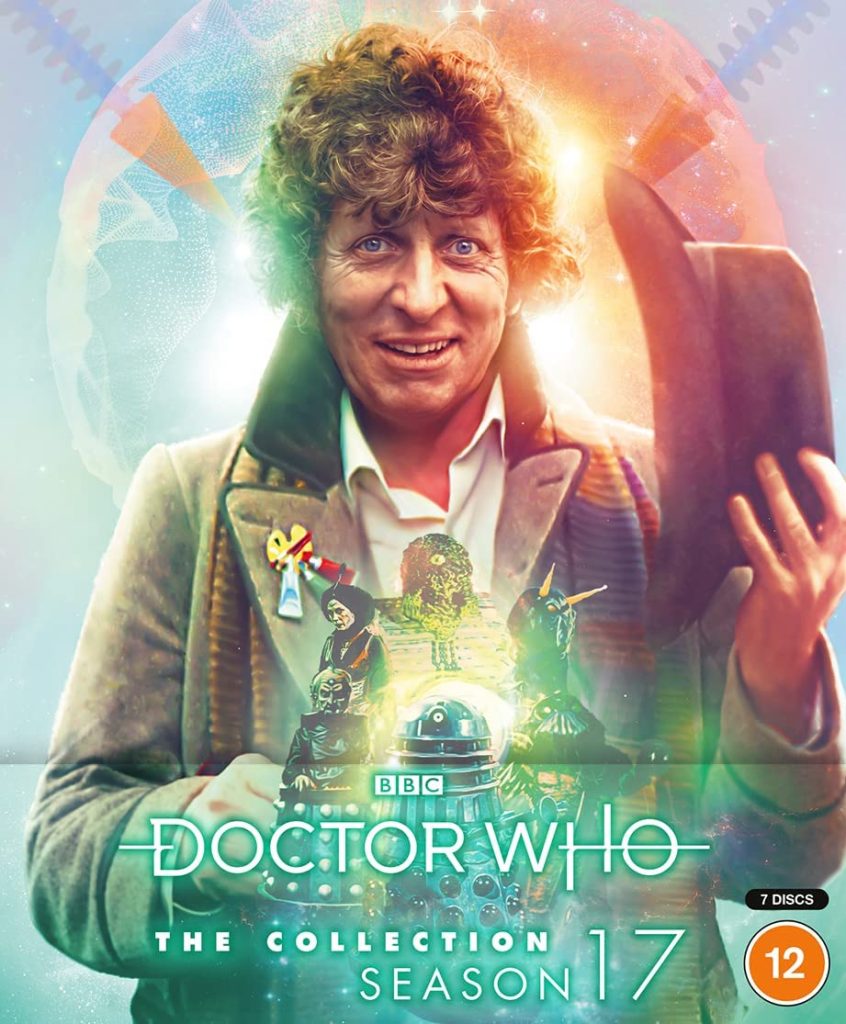