Well, on 9 Jan 2023, I reached another milestone in my Doctor Who Marathon.  I completed the Fourth Doctor’s run with episode 4 of “Logopolis”.  In some ways getting through all the Tom Baker episodes themselves felt like a marathon.  There were just so many of them.  Most of Tom’s era talks about what he had “most of”.  Tom Baker / Fourth Doctor had the most of: 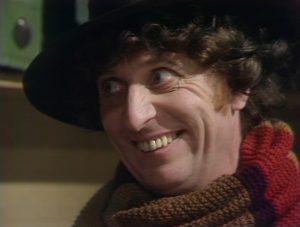 That last one is more a goof, but it does lead into the point that I made during my run of his episodes.  When most casual/non fans of Doctor Who talk about classic Doctor Who, they invariably talk about “the guy with the scarf”.  To many non fans and fans he WAS Doctor Who.  It was for that exact reason that I mostly avoided his era.  I resented the fact that to many people there was no Doctor Who without Tom Baker.  I said much the same thing in the modern show when people said the same thing about David Tennant.  My response to them was “He couldn’t have been the 10th Doctor without 9 before him”.  Same with Tom.  Saying he WAS Doctor Who ignores all the others before him (and after him).

Having said all that, he did a ton to popularize the show, as his era did produce a ton of classic stories.  Partially because there were simply so many to choose from, or mostly because a lot of them were just damn good.  When I went into Tom’s era, I knew there was a lot.  There were also a healthy amount of stories that I had no memory of.  Mostly in his second to fourth years.  That’s not to say I didn’t know any – I knew several, but the bulk of them were ones where I’ve only seen once in the past and/or forgot what the plots where, so they were mostly new to me again in this run through.  That allowed me to rediscover a few that I really liked that I thought I didn’t or forgot.  A few of those were The Sun Makers, Robot, Nightmare of Eden, & State of Decay).  Likewise a few that I thought were atrocious remained atrocious (Creature from the Pit & Horns of Nimon come to mind). 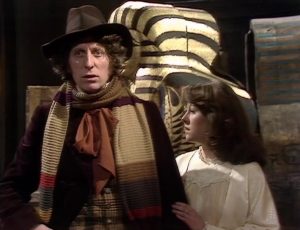 What I had forgotten about was how much he smiled in his role – especially early on.  That lessened as his time in the role went on, but for a lot of his early years, there was a ton of smiling in Tom’s episodes.  It was ALMOST like mugging for the camera, except he wasn’t looking into the camera.  Although some times he did.  Most notably in the story Shada.  That’s the one that started production, got stopped due to a strike, and then never finished.  Many years later (in 2017), it was “finished” with animation for the missing bits.  There was a tag at the end of the episode that was scripted but not filmed in 1980 originally.  For that bit they got Tom Baker to agree to suit up as the Doctor, and they filmed a short scene put on that version (and the final 2022 Blu-Ray edition) with Tom being the Fourth Doctor again.  Now he’s decades older, but you just ignore that, and take joy in the fact he did that again.  At the end of the episode he had the biggest smile and stared down the camera.  I loved that.

If there’s anything I can take from Tom’s portrayal it’s the joy of the Doctor exploring the universe.  Blasé at parts, mad when he had to be, but his Doctor took a joy from most of what he did, and having just watched 175-ish episodes of his, that comes through.  I’m not sure if that ever clicked with me before.  In fact one of my favorite moments of his in any episode was from The Pirate Planet when he was so upset he burst a blood vessel (not literally) screaming “WHAT’S IT FOR?!” – one of my favorite Tom moments.

Of course what’s Doctor Who without companions, so as I’ve done in the other sections, here’s a few words about the companions Tom’s Fourth Doctor traveled with…

It’s not a surprise I guess with 178 episodes Tom Baker would have a lot of companions during his time in Doctor Who, but when I think back on his era, I think of Sarah Jane, Leela, Romana & K9.  I mean I know there’s more – I just listed them, but it doesn’t feel like he has 9 companions (if you count the two Romana’s separately).  But he does. 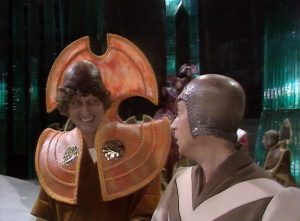 Is there an essential Fourth Doctor story?  I suspect if you ask that question of fans, they’ll probably say something like Pyramids of Mars or City of Death.  Both excellent, but the story that I consider canonically most important is probably “The Deadly Assassin” – the lone story where the Doctor has no companion.  It’s set on Gallifrey, creates and/or expands on several Time Lord facts – and was the place where the 12 regeneration limit was established.  Tom’s got a lot of great stories – a lot of them.  But Deadly to me is the only truly essential one (although the fight in the Matrix does go on a bit).  To me, excellent story doesn’t automatically equate to “essential”.  For me that means something that furthers the back story or the core understanding of the program itself.  That’s Deadly Assassin.

I met Tom at a few conventions back in the 80’s.  I don’t recall a ton about it other than he was there and told stories.  It’s coming on four decades and I can barely remember what was said.  We should consider ourselves lucky that these guys remember anything for the Blu-Ray documentaries, cuz I probably wouldn’t 4 and 5 decades later.

Tom was quite militant about not wanting to come back to Doctor Who after he left.  He was supposed to come back for the 20th Anniversary Special, “the Five Doctors”, but he didn’t at the last minute.  They still included him via use of some footage from the then unaired Shada, so at least there was some “New 4” in there.  After that… wasn’t until 1993 in the “Dimensions in Time” special that he returned to Doctor Who.  However, the canonicity of Dimensions is up for debate.  Most consider it non canon.   But it was his first return to the screen.  It then took until 2013 for him to return again, this time as “The Curator” in the 50th Anniversary special, “The Day of the Doctor” with Matt Smith.  He has since done a lot of Big Finish audios as well.  His Doctor has been in various sequences over the years of flashbacks to prior eras of Doctor Who.  The one that was “Mostly 4” was in the 2015 Peter Capaldi story “The Magician’s Apprentice” where Davros projects footage of Tom’s doctor from Genesis of the Daleks for the purpose of manipulating Peter Capaldi’s Doctor.  I thought it was a brilliant use of old footage, vs just throwing it up on screen (which can be fun too).

As I write this on 9 Jan 2023, Tom Baker is still with us.  He’s now the elder statesman of Doctor Who.  In a week or so from this post, he’ll turn 89.  He’s lasted longer than any of his predecessors as well as they died far earlier (Hartnell at 67, Troughton also at 67, and Pertwee at 76). He’s still pretty active in terms of doing talks and Doctor Who audio work.  But he isn’t 25 anymore either.  Hopefully we still have Tom for awhile yet, and the light stays on, too.

As I come to the end of this post, I know Tom’s time is one loved by most.  I’ve mostly ignored it in the past as I’ve said, but I thoroughly enjoyed it on this recent rewatch.  Of course there’s a few klunkers – there always are.  But I enjoyed way WAY more than I did not, and there was some outstanding TV made along the way.

Thanks Tom Baker for quite a large pile of fun I’ve enjoyed over time.  You were the definite article, I might say! 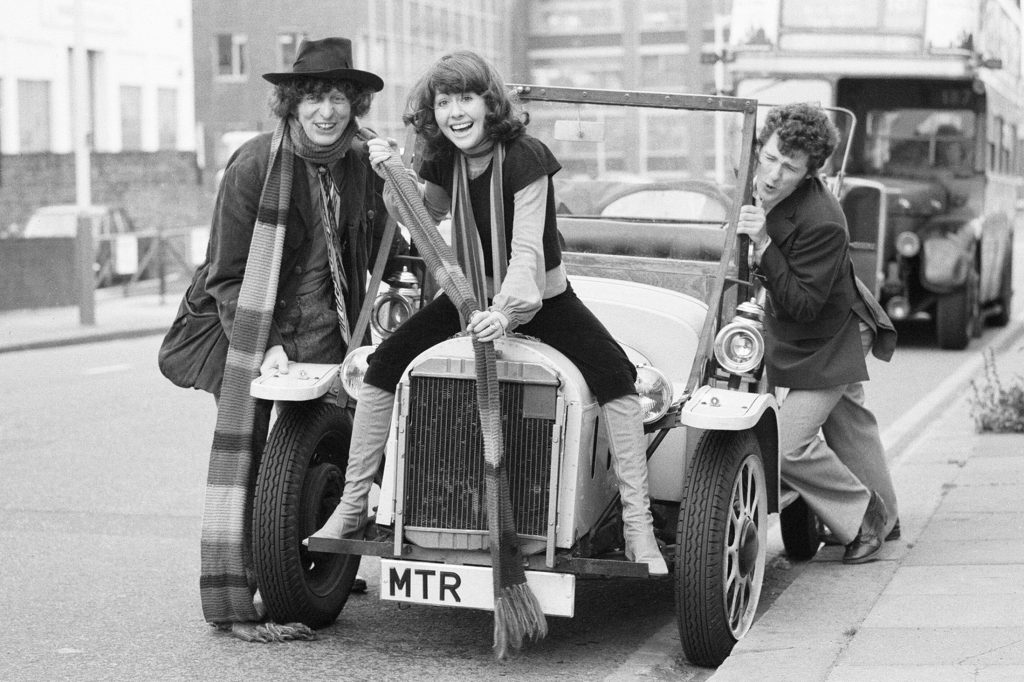