Terminator 3: Rise of the Machines

I went to see Terminator 3: Rise of the Machines over the weekend. I, like most folks hold Terminator 2: Judgement Day up as one of the greatest action movies ever. That still holds up today, as I watched T2 the night before going to see T3. T2 is still great. I was surprised at how well it held up.

And that feeling left me with some trepidation as to how T3 would play out. No James Cameron. No Linda Hamilton. What kind of Terminator movie would it be without Sarah Connor? Well, guess what? It can be one kick ass action flick!

I was utterly shocked at how much I liked this movie. I thought it was going to be bad, and was extremely surprised at how well done it was. Were there plot holes? Of course – it’s not like this is the greatest, most well written movie of all time. It’s a testoscerone laden explosion fest. And it worked. I’m not going to spoil anything for folks reading this who haven’t read the movie. But all I’ll say is this. The movie ends so wide open for a T4, it’s not funny. And, if we get a T4 based on what happened at the end of this movie… it won’t be a stupid added on sequel, either. It will be a great movie in it’s own right, which is unusal for a sequel, especially one with a 4 in it.

If you have seen the movie, then you owe it to yourself to read this review of the movie by Steve Krutzler of TrekWeb. In it he makes the movie out to be the greatest movie of all time. I wouldn’t go quite that far, but it was a great movie, and one I intend on buying on DVD when it’s released. I wasn’t planning on doing that beforehand, but then I thought it was going to be crap, too, and it wasn’t. Anyway, Steve’s review is pretty long, but he goes into length as to why we could get a T4, T5, & T6 and it would all make sense.

About the only truly negative thing I could say, and I admit it’s a nitpick is that there was no cool “Terminator music” in the opening credits. I would have loved to have seen that. I’ll be curious to see if a director’s commentary on the DVD talks about that.

Do yourself a favor. Go see it. Don’t let it leave the theatres – this is a “big” movie, and deserves to be seen in the theatres. 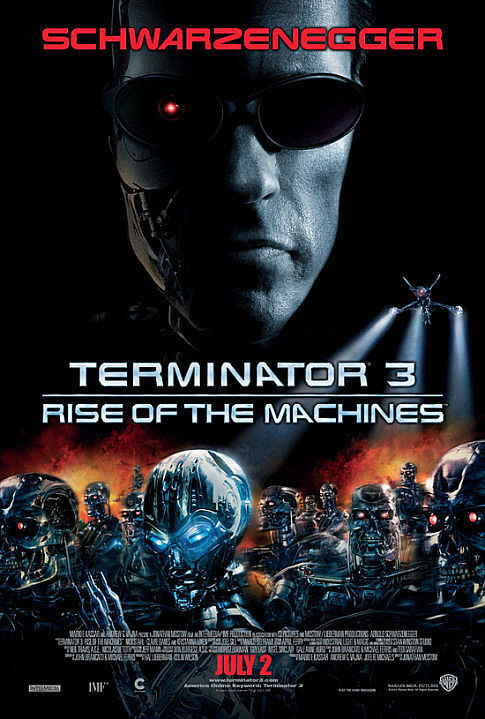