Mission to the Unknown

Mission to the Unknown

This story is unique in classic Doctor Who.  It is the only story to be a single episode, and on top of it, has no main cast.  No Doctor, no Steven or Vicki, and no Tardis.  It is a setup for the story that comes two after this – the 12 part “Daleks’ Master Plan”. It’s essentially a prequel to that.

The lone episode title is “Mission to The Unknown”.

This is one of the 97 lost episodes from the 60’s, and probably one of the least likely to have ever been recovered.  It is available as a fan reconstruction that was put out some time ago.  However, in 2019. some college students at the University of Central Lancashire mounted the entire episode as a college production, and made it as if it as a new piece of drama.  That recreation is available in full online as well.  It’s actually quite amazing.  There’s some links below for all this.

A single (unique) episode. Has no regular cast. Exists as a prequel of sorts to a future story. Sets up the concept of a Space Security force to fight the Daleks. pic.twitter.com/xvNYpNa3e4

Was recreated in 2019 by a students at @UCLan, and that's what I used for my watch here. It's quite the cool project - you can view it here:https://t.co/COjdVV224G 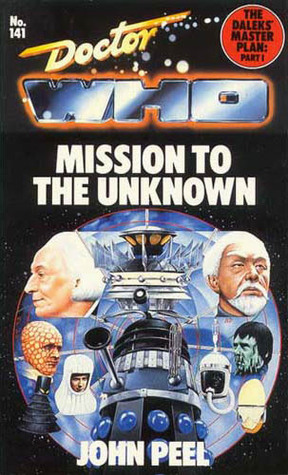