NOTE: This the first time The Doctor is referred to as “Doctor Who” in character in the programme, and not as a joke play on words.  It’s generally regarded as an error.

This story had a lot going on. It was the final story for Dodo and was the first for Ben & Polly. but most importantly, it set the template for what was to become a staple in the pic.twitter.com/VL5BtgwBJv

future. The London based story where the Doctor helps a military "unit" to defeat a threat to Earth. It was also the first story that changed the format of the opening titles. pic.twitter.com/PHuLWZ1XtG

The Wotan computer takes over several people including Dodo and sets forth to build the titular "War Machines". The Doctor is almost taken over, but isn't, and he saves Dodo. pic.twitter.com/nYaD1HUbDE

This is the final episode for Dodo. She disappears at the end of this episode, never to be seen again. They also double down on calling The Doctor "Doctor Who" in this episode. pic.twitter.com/d00yCjTLPH

Most of this episode is about the War Machines being completed in time for an attack. During this time, Ben tries to save Polly from her hypnosis - although why Ben wasn't also pic.twitter.com/y89OmbQ5ZW

hypnotized - who knows? He does get back to the Doctor and warn them about the War Machines.

This ep really feels like a 70's UNIT story, despite that concept not existing yet. pic.twitter.com/n9Jn3wAcpO

The Doctor comes up with a plan to reprogram/defeat the War Machines. After a scene with an unconvincing "capture" of one, he sends it off to destroy WOTAN, releasing control of pic.twitter.com/j1RucH4Pdp

all the humans. As he goes to leave, he waits for Dodo, who is explained as "leaving" by Polly - one of the worst companion departures ever. Ben & Polly stow away in the Tardis. pic.twitter.com/A0OkBmkMrj 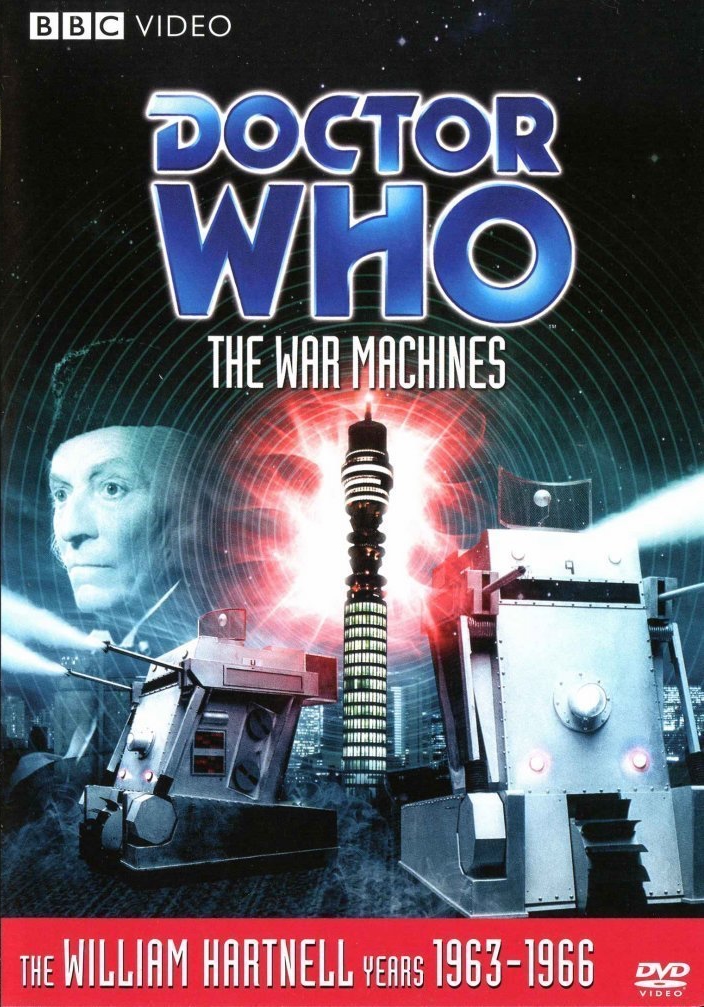